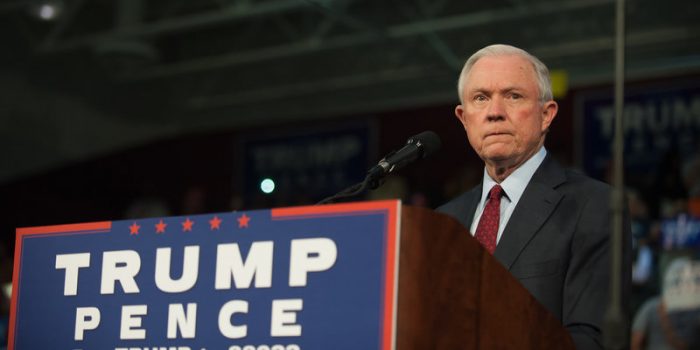 Donald Trump wants Senator Jeff Sessions (R-AL) to be your next Attorney General. He has also announced his picks for CIA Director and National Security Adviser. Do any of these guys have questionable racial incidents in their past? Aw, you know it!

Trump’s pick of Senator Jeff Sessions for Attorney General is another sign that loyalty is the key to getting a gig with the new administration (so good luck with your application, Mitt Romney). Sessions is a former U.S. Attorney who supported Trump early on. Those two things also describe Chris Christie, but Sessions never put Trump’s son-in-law’s dad in the clink, so here we are.

Sessions is the latest Trump appointee to raise concerns about race in the Trump administration. Sessions, a top-ranking member of the Senate Judiciary Committee, tried to get a gig as a lifetime-tenured judge but was denied by his own committee due to a history of using racially insensitive language. At issue was a “joke” that Sessions apparently told, in which he said that he thought the KKK was okay until he found out that they “smoke pot.”

Another longtime Trump loyalist, retired Lt. General Michael Flynn, was tabbed for the position of National Security Adviser. Flynn is bombastic and controversial, and is on record as saying that Shariah law is spreading in the United States.

Trump chose Representative Mike Pompeo (R-KS) for the position of CIA Director. Pompeo is in his third term in the House of Representatives, and he served on the House Select Committee on Benghazi.

Be the first to comment on "Trump Makes Picks for Attorney General, CIA Director, and National Security Adviser"