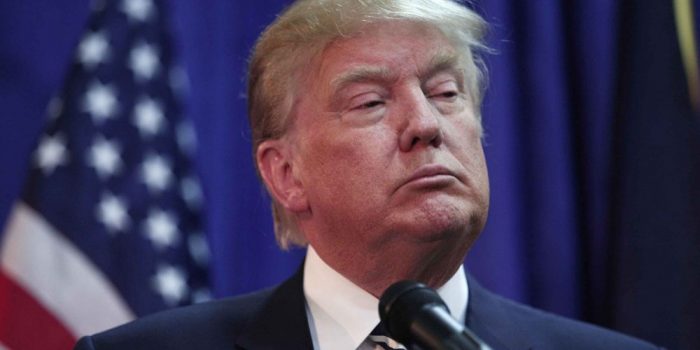 Just a week after a tape emerged that appeared to show Donald Trump bragging about sexual assault and just a few days after insisting at the debate that he had never sexually assaulted anyone, Trump is being accused of… sexual assault. He’s also being accused of other types of sexual misconduct.

The accusations started coming in on Wednesday. A clip from a 2005 Howard Stern interview began circulating the press after being rediscovered by CNN. “I’ll go backstage before a show, and everyone’s getting dressed,” Trump says in the recording. “You see these incredible looking women, and so, I sort of get away with things like that.” Before long, CBS 2 Los Angeles had the story from another angle: 2001 Miss Arizona Tasha Dixon confirmed that Trump likes to enter dressing rooms without permission and catch the girls changing. Another 2001 contestant, who wished to remain anonymous, corroborated the story.

The New York Times, meanwhile, found two women who said Donald Trump sexually assaulted them. Businesswoman Jessica Leeds said that Trump began groping her when they were seatmates on an airplane.  Former receptionist Rachel Crooks shared a story about Trump kissing her on the mouth without permission.

Then there’s People writer Natasha Stoynoff, who wrote about her own experiences with Trump. Trump allegedly kissed her without permission. The assault happened in Trump’s home while his pregnant wife was changing. Along with Crooks’ accusation, this meshes with Trump’s 2005 caught-on-tape comments about doing just that to attractive women.

Entertainment Tonight got in on the act, too, as they discovered a tape of Trump joking about dating a 10-year-old girl “in ten years.” The video is from 1992, but ET just released it.

Yet another groping allegation came from Mindy McGillivray, who was helping a photographer friend in Trump’s Palm Beach home when, she alleges, he groped her rear.

Got all that? Here are all the accusations and damning Trump quotes, in chronological order:

Trump’s odds of winning the general election have already cratered following his on-tape comments. Now, with real accusations flying, look for even more prominent Republicans to jump ship on the Trump candidacy.