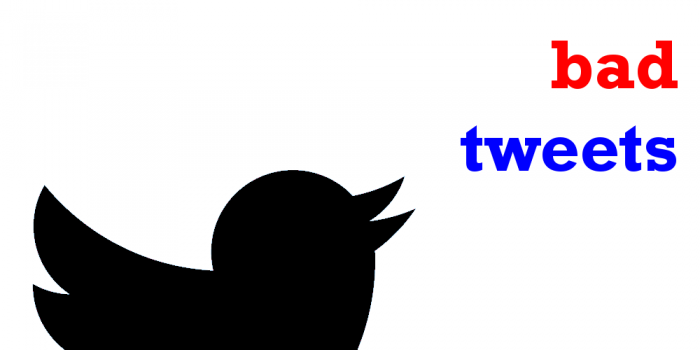 Here are some tweets that presidential candidate Donald Trump fired off around 3:00 AM this morning:

Wow, Crooked Hillary was duped and used by my worst Miss U. Hillary floated her as an “angel” without checking her past, which is terrible!

Using Alicia M in the debate as a paragon of virtue just shows that Crooked Hillary suffers from BAD JUDGEMENT! Hillary was set up by a con.

Did Crooked Hillary help disgusting (check out sex tape and past) Alicia M become a U.S. citizen so she could use her in the debate?

These are some bad tweets! They’re also dominating the news cycle today – which is too bad for Trump, since his own team dropped a pretty good ad today:

Nobody’s watching that ad, though. Instead, the media discussion is focused on Trump’s tweets, particularly the one that urges readers to “check out” Alicia Machado’s sex tape while casually suggesting that Dem nominee Hillary Clinton pulled strings to get Machado her citizenship.

These tweets are extra bad because the sex tape Trump is referring to does not seem to exist. Machado appeared in Playboy and once filmed a risque scene for a reality TV show, but has never produced anything that could be fairly described as a “sex tape.”