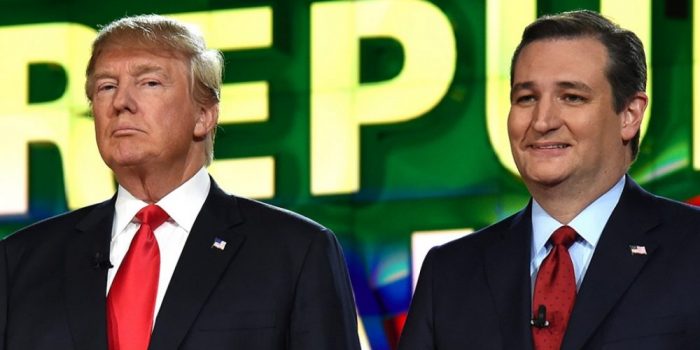 Ted Cruz, the husband of an ugly chick and the son of a Kennedy assassination co-conspirator, will endorse Donald Trump, Politico reports.

Cruz was the last candidate to concede to Trump in the primaries. Until now he’s shown no signs of having warmed up to the man who called his wife ugly and accused his dad of offing Jack Kennedy, which is probably a fair reaction. Cruz even gave a high-profile speech at the Republican National Convention without endorsing Trump, which resulted in a bizarre scene in which he was heartily booed before being interrupted by cheers for Trump, who chose that moment to enter the room.

Anyway, things are all good now. Donald Trump hasn’t accused anyone in Cruz’s family of anything heinous in, like, months. Cruz will reportedly bury the hatchet soon with a public endorsement of Trump. According to the Politico report, that could happen as soon as this Friday.

There are still plenty of high-profile Republicans holding off on a Trump endorsement (the Bush family and John Kasich are still firmly opposed), but this is a big get for Trump as election day nears.