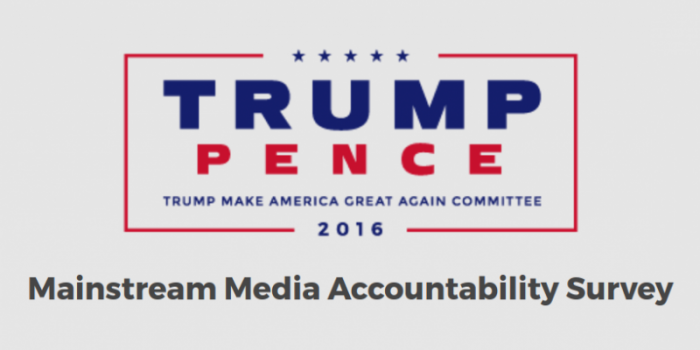 The Republican party has a dope new survey on their website. Check it out!

I say “new” survey because this is a different survey from the one the GOP put on their website during the primaries or the one that Trump put on his website during his general election campaign. But it’s pretty much the same survey, to be honest.

Sometimes I worry about a sitting president waging an open war on the free press, but other times I am asleep.

Anyway, besides being a clear sign of our future as a fact-fearing dystopia, the survey is kind of amusing.

I love that you can select every single one of these as being the worst. All news stories are the worst, but some are more worst than others. I think Abraham Lincoln said that.

25. Would you prefer President Trump allow his message to be corrupted by the sad failing noisy media so that it never reaches the people?

Just to be clear, this question refers to the fact that for a couple pressers in a row only conservative media outlets were called on for questions (the streak ended with yesterday’s wild ride). 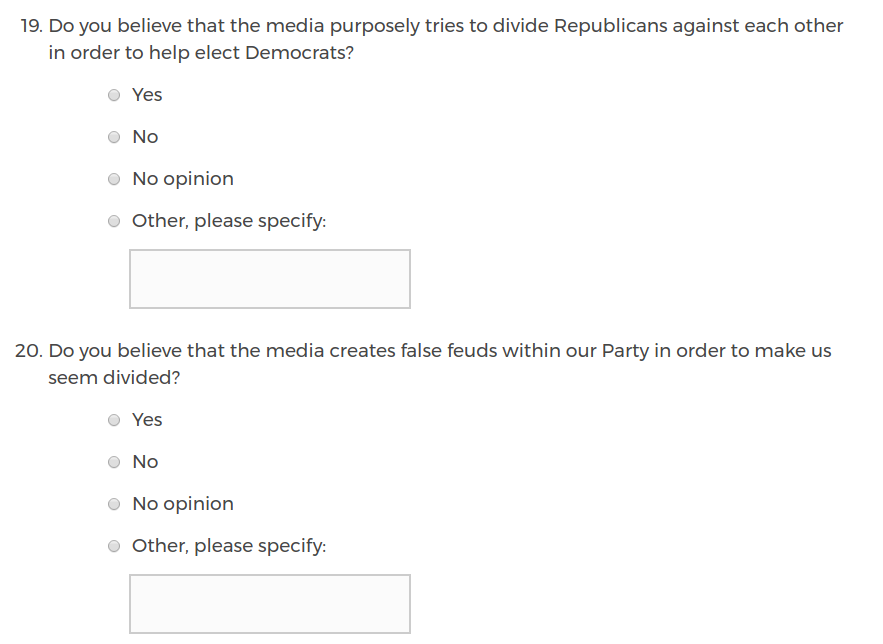 This is pretty much the same question being asked twice in a row, right?