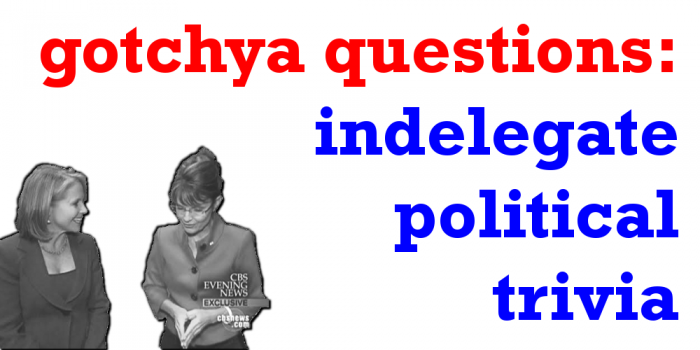 English was a second language for exactly one president. Who was it?

All of our Presidents have been native English speakers – except for one. No, this is not a trick question, and it is not a George W. Bush joke.

Our answer today is Martin Van Buren. Our eighth President was from New York State, which was a Dutch colony way back when before the British straight up stole it (twice, actually). Though the descendants of those original Dutch settlers had been in New York for generations, some of them still spoke Dutch as a first language. That was the case with Mr. and Mrs. Van Buren, who raised little Martin with Dutch as his first language and English as his second.

Van Buren in unique in a couple of other ways, too. He was the first U.S. President to not be of English ancestry (his seven predecessors were Washington, Adams, Jefferson, Madison, Monroe, another Adams, and Jackson, all of whom were). Born in 1983, he was also the first President born in the United States – though all Presidents were born here geographically speaking, everyone before Van Buren (and one president after him – Harrison) had been born before the Declaration of Independence, and had lived at least some small portion of their lives as British citizens. Not Van Buren, though! U.S.A.! U.S.A.!

Be the first to comment on "Which President’s First Language Was Not English?"