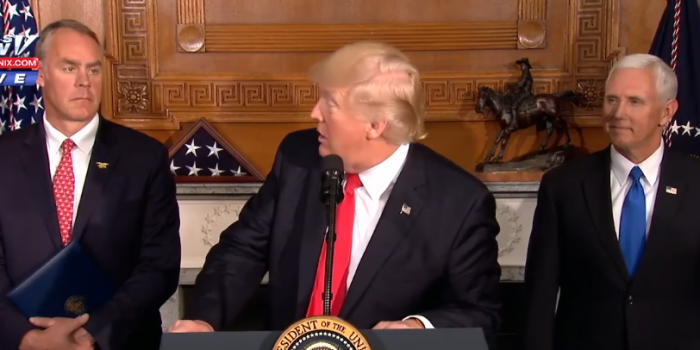 Trump explained: “I knew him when he was heavy and now I know him when he’s thin, and I like him both ways, okay?” There’s a line for the dust jacket of LePage’s memoir.

Okay, now watch the video again and watch Mike Pence crack up. I particularly enjoy the part where he keeps his mouth frozen partway open like a toothy Muppet and sweeps his gaze across the room as if he’s some kind of gargoyle lawn sprinkler. The pained way he drops his gaze to the floor at the end is beautiful, too.

Alright, you’ve waited long enough. Here are photos of Paul LePage’s weight loss journey. The first is an AP file photo from 2012, and the second is from Maine’s CBS 5 last week. 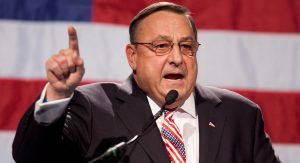 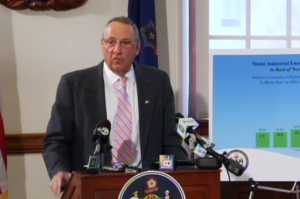 An incredible transformation! Congratulations to Governor LePage, though, of course, we like him both ways.