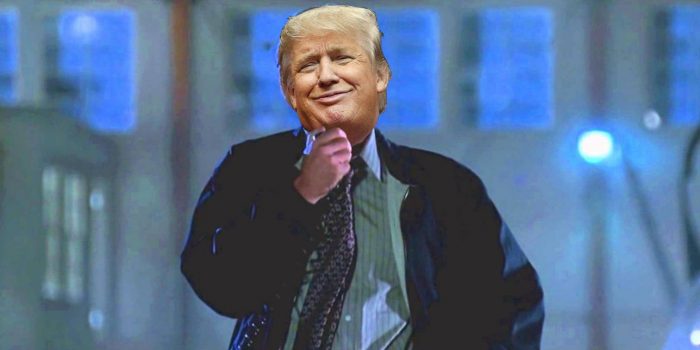 In less than an hour, aircraft from here, right here in the U.S.A. – and these are some of the best planes, best pilots in the world – they’re going to be joining others from around the world. From our great, great friends. And you, we’re going to be launching the largest battle in the history of mankind. Never been a bigger one, folks. Not ever.

In the history of mankind, folks. Mankind – I call us mankind – that word is going to have new meaning for us today. New meaning. We can’t be consumed by our petty differences anymore, folks. Not anymore. We will be united in our common interests.

Trump is Facing an Avalanche of Sexual Misconduct Accusations

Be the first to comment on "President Thomas J. Whitmore’s Speech from “Independence Day” as Delivered by Donald Trump"