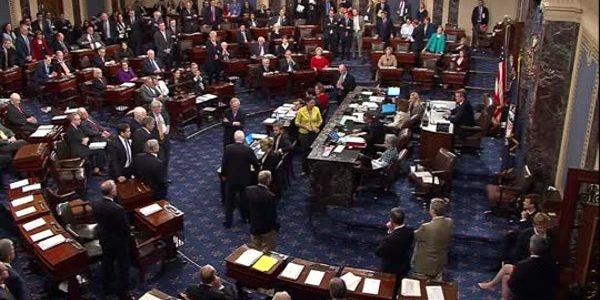 Caring about politics is a tricky business. Unless Congress is off renaming a post office or something, politics is almost always about life and death. Wars kill people. Bad healthcare kills people. Abortion kills people, maybe, depending on who you ask.

If you’re passionate about politics, the people opposing you are either PRO-DEATH or, at best, PRO-THEFT in the sense that they’re after money or time or someone’s rights (and if they’re merely pro-theft, then you are probably the one who is pro-death).

So all politics is moral, and even victories can generate some grim takes. Just ask liberals after last night: Merely choosing not to kill people isn’t heroic! John McCain (R-AZ) made a sideshow of his vote! What about Lisa Murkowski (R-AK) and Susan Collins (R-ME), firm “nos” all along? For that matter, what about the Democrats, the only good NON-DEATH party?

Solid takes, all of them. But this blog is founded on a different take: that politics is fun as hell, and that, sometimes, it’s better to not ruminate endlessly on how all-politics-is-morality and to instead enjoy it as cancer-ridden John McCain struts to the front of the room and, in front of God and everybody, puts his own party in a fuckin’ grave. ROLL THE TAPE.

Since McCain voted yes on a procedural step that kick-started all of this a couple of days ago, the takes have been flying. McCain doesn’t actually break with his party that often. His warnings about his final vote are empty threats. But the final take belonged to the man himself. And John owned us all.

McCain was in rare form last night. A man who is known for not giving a shit gave even fewer than usual last night, unless you count how much he seemed to care about pissing everyone off.

“Have you decided how you’ll vote?” press corps.

“Wait for the show.”

I absolutely understand why people worried about dying over the vote hated this shameless WWE-style hype move, but I really cannot emphasize enough how lit C-SPAN was for the next hour and a half because of it.

Mike Pence was on the floor of the Senate ahead of the late-night vote, because the GOP still, at one in the morning Eastern time, thought they were going to get 50 votes (which would enable Pence, as the President of the Senate, to break the tie and pass the bill). WROOOOONG.

McCain has long been the Senate’s most vocal opponent of torture, but I guess he’s flip-flopped on that issue, because what he proceeded to do to Pence and co. ahead of the vote was hard to watch. Unless you like watching Mike Pence get super fucking owned, that is, in which case you probably enjoyed it so, so much.

McCain now hanging with Dems, who just let out a big laugh at something pic.twitter.com/FNLGrZsBXl

Pence left the chamber before the vote. There would be no tie. It was pretty clear the GOP didn’t have 51 votes, so this essentially meant it was all over. That didn’t stop McCain from stunting on his own party in garbage time. Go back and watch the clip again. It’s amazing. Wait for it – wait for it – THUMBS DOWN, BABY.

When it was all over, Senate Majority Leader Mitch McConnell got up and gave a speech and kind of cried a little bit. The President rage-tweeted. And John McCain, who will be dead in about a year, rolled out of the chamber having suicide-bombed his own party after warning those dumbasses days ago that he would do exactly that if they didn’t get it together.

You don’t have to like John McCain now, and you can still think that this was a vile and upsetting week in American history. But I think you should at least admit that it was also fun as hell.

Thanks to reader Lareign for calling me out on mixing up Mitch McConnell’s job. Never drink and blog.

Be the first to comment on "Politics is Fun"