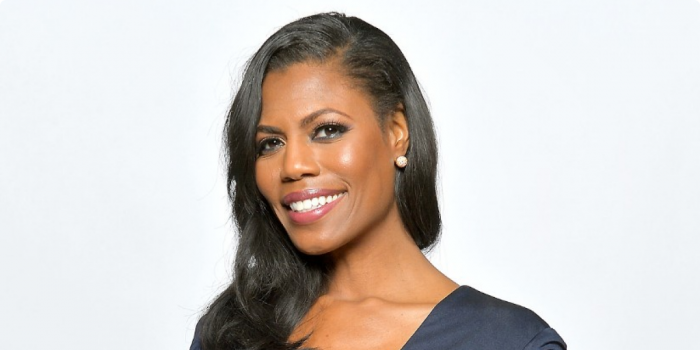 President-elect Donald Trump has tabbed abrasive The Apprentice alum Omarosa Manigault for a position with his White House team. Omarosa will be part of the administration’s public engagement efforts, because when you have a great personality like Omarosa’s in your corner, you want to put it in contact with the public as much as possible.

There’s no video of Omarosa getting hired, so here’s a video of her being fired on The Celebrity Apprentice – just try to imagine this but, like, the opposite.

Omarosa has actually worked in the White House before – during President Bill Clinton’s administration. Trump, of course, is no fan of the Clintons. But Omarosa used to be!

❗️I’m Ready for Hillary. Are you❓ #Hillary2016 – RT and ask your friends to join @readyforhillary: http://t.co/jhOk6W6YIF

Good times. Anyway, despite being Ready For Hillary (and having previously supported Barack Obama’s presidential campaigns), Omarosa went on to become a major Trump surrogate during the campaign. She was the campaign’s director of African-American outreach, and helped Trump secure a solid 8% of the black vote in November. That’s only the worst figure for any Republican not running against a black dude in 40 years.

To be fair, black people aren’t the only ones who don’t like Omarosa. She made her name as the de facto villain on season one of The Apprentice, which catapulted her to B-list celebrity status and earned her an encore on The Celebrity Apprentice (the show you just saw her give fired from in the video above). Here are some highlights of Omarosa being the worst:

If I’m being honest, The Apprentice really was a pretty good show.

Be the first to comment on "Omarosa Goes to Washington"