Welcome to Monday Memes, where we take a look at all of the best and worst memes that the internet had to offer in the past week. This week: McCain memes everywhere.

Welcome to a very special Senator John McCain (R-AZ)-themed edition of Monday Memes! As you may have heard, John McCain made a tiny bit of news this week. Let’s see how that affected the memeosphere, shall we?

Let’s start this week’s Monday Memes by turning the clock back to this past Tuesday night, when McCain returned to the Senate despite the fact that his brain was full of deadly cancer and he was supposed to be recovering from brain surgery. McCain warned his party that he wasn’t happy with the Obamacare repeal bill as it was currently written, but he nevertheless cast a key vote on a procedural step that helped get the ball rolling. How did Left Twitter take it?

I made an illustration to help demonstrate the current situation pic.twitter.com/tWaJyqe3eR

Meme grade: There were a lot of tweets calling for John McCain’s literal death, but this is one of the few I found in meme form. Please submit your calls for the deaths of politicians in meme form only, or they risk being excluded from Monday Memes. Thank you.

But in the end, of course, John McCain did not die (yet), and made sure that the bill did. It was great. Everyone had so much fun! Except, of course, for conservatives. And who could be more conservative than the folks on 4chan’s /pol/? Let’s see how they’re doing. 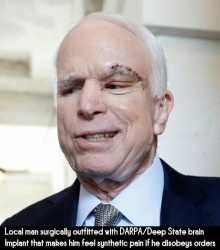 r/The_Donald, how about you guys? 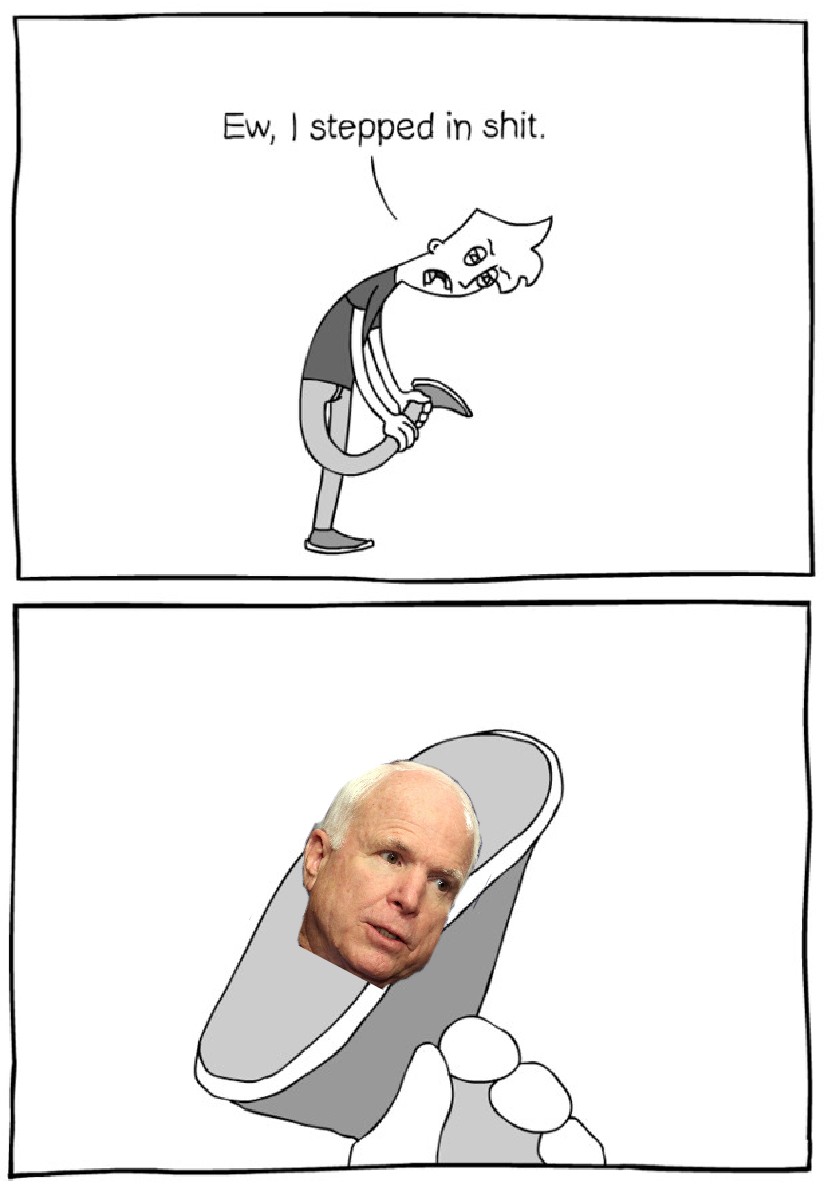 Bummer, bummer. Let’s head across Reddit to r/MarchAgainstTrump, which, as you might expect, is an anti-Trump subreddit. There, user u/NunesYoBusiness made this for Trump because the President “loves wrestling gifs.” Very thoughtful, imo.

Yes, the liberals were happily meme-ing away. 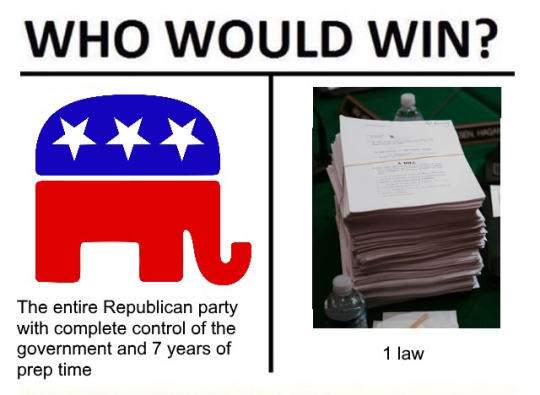 The big take on Twitter at this point was that, actually, John McCain still sucks and we should give more credit to the two GOP senators who were against the bill all along: Lisa Murkowski (R-AK) and Susan Collins (R-ME). Or maybe all the Republicans still suck and are all equally bad, and only Democrats are good! Solid takes, solid takes all. But you know what is more solid? This meme that crushes them. 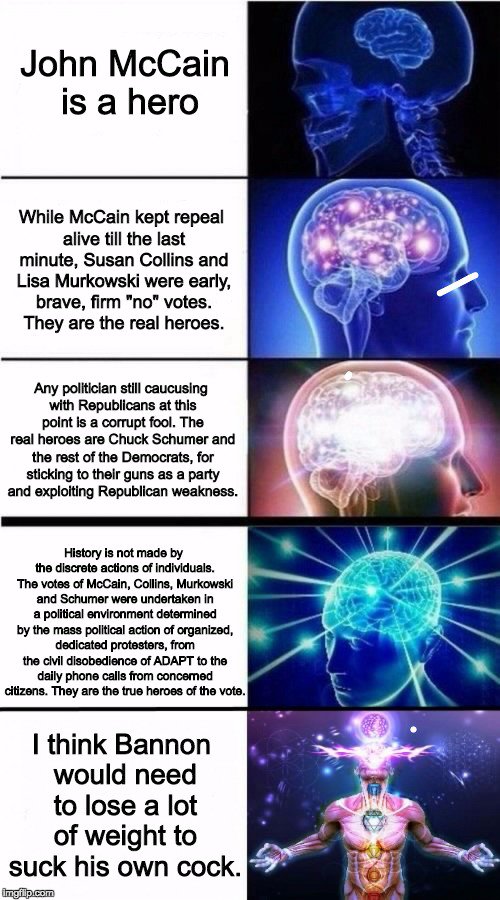 Meme grade: Oh, shit, the suck-his-own-cock thing! Did we talk about that?

You know what? We didn’t. Let’s get on that. Enough McCain. It’s suck-his-own-cock time! Here’s what you need to know: Trump’s new communications director, Anthony Scaramucci, is an idiot who doesn’t seem to realize that calling up reporters and ranting at them is not a good idea, because reporters report things. The Mooch managed to contrast himself with White House rival Steve Bannon by claiming that he, Mooch, doesn’t “suck his own cock” – whereas Bannon, of course, does. Mooch said this without going off the record, because, again, he’s an idiot.

Back to Reddit’s r/MarchAgainstTrump we go, this time for the work of user u/RespondsWithDot:

Gimme more of the Mooch, please.

Meme grade: Most of the Scaramucci memes are very fixated on the fact that the Mooch is Italian. Which doesn’t offend me, or anything, but does seem kind of uninspired, don’t you think? Be better.

Let’s see, what else, what else. Did you know that Hillary Clinton has written a new book called What Happened? That question mark is mine, because I’m asking you if you’ve heard. It’s not a part of the book’s title. But, you know, it could have been.

Alright, one more for the road.