Welcome to Monday Memes, where we take a look at all of the best and worst memes that the internet had to offer in the past week. This week: Le Pen is not mightier. 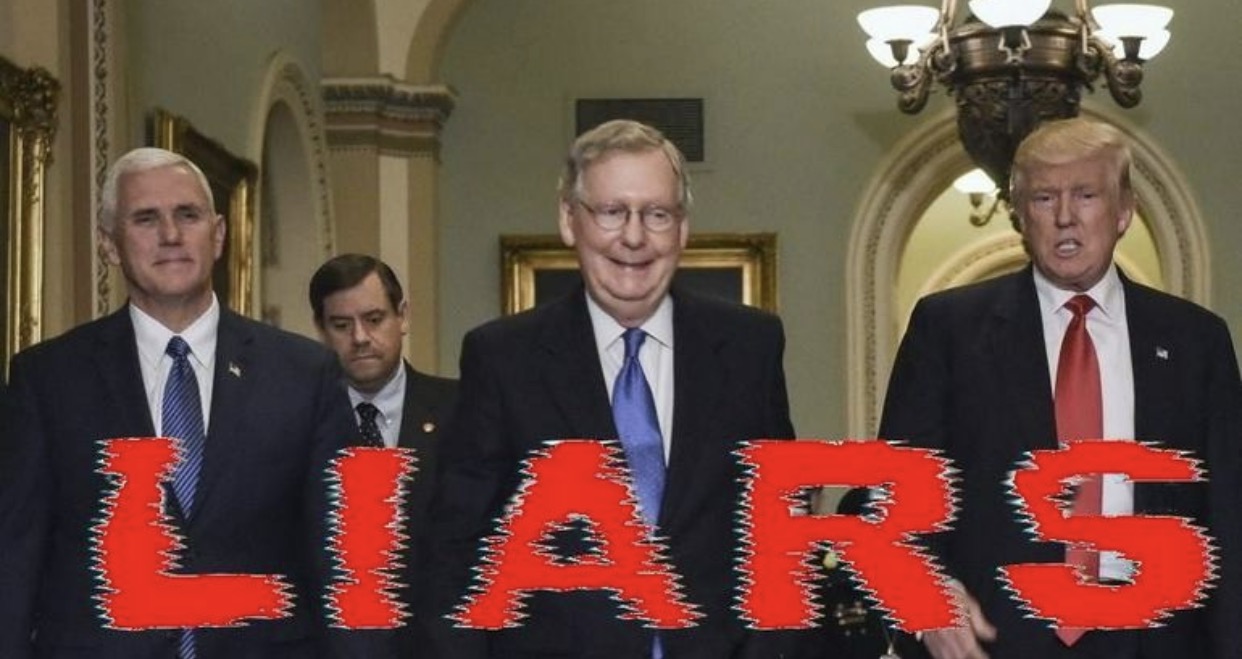 In case you couldn’t tell from the jagged edges of those letters, people are mad at Donald Trump this week. That’s because the House of Representatives just passed a pretty conservative bill to repeal and replace Obamacare. The bill really takes it to Obamacare, rolling back things like protections for pre-existing conditions. The bill needed to be pretty conservative to get Republican support in the House, where small districts mean you have a lot of representatives from areas where every adult male is named Cletus. Some more moderate Republicans held their nose and voted for the thing, in part because they can be pretty confident that the Senate is going to gut this bad boy and return a much more centrist bill.

When the House passes the GOP health care bill and it goes to the Senate https://t.co/MoMR63vMp4

Meme grade: This one is actually from the last round of healthcare madness, but it still applies.

Naturally, not everyone is soothed by the idea that the Senate’s version of the bill could possibly be less likely to literally kill them. Let’s check in with Facebook! 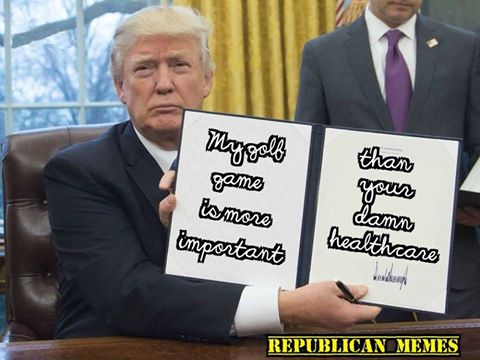 Meme grade: Imagine being this bad at making memes. 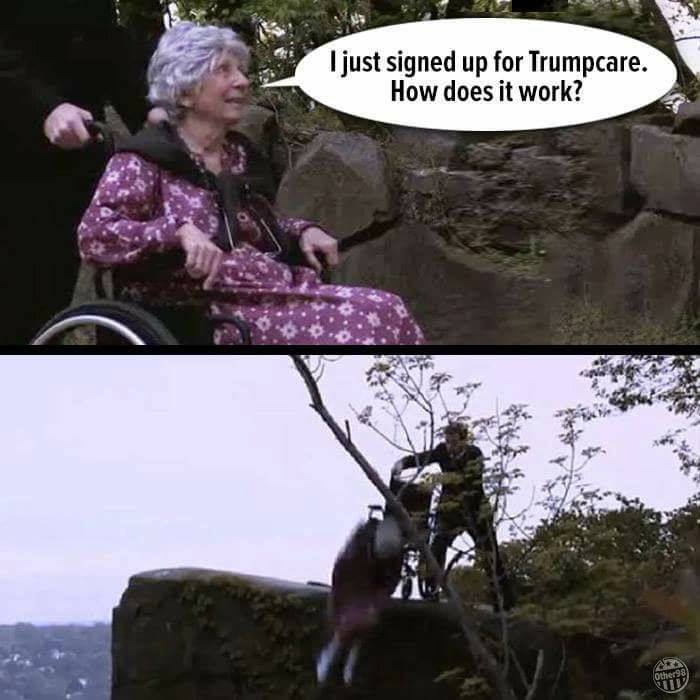 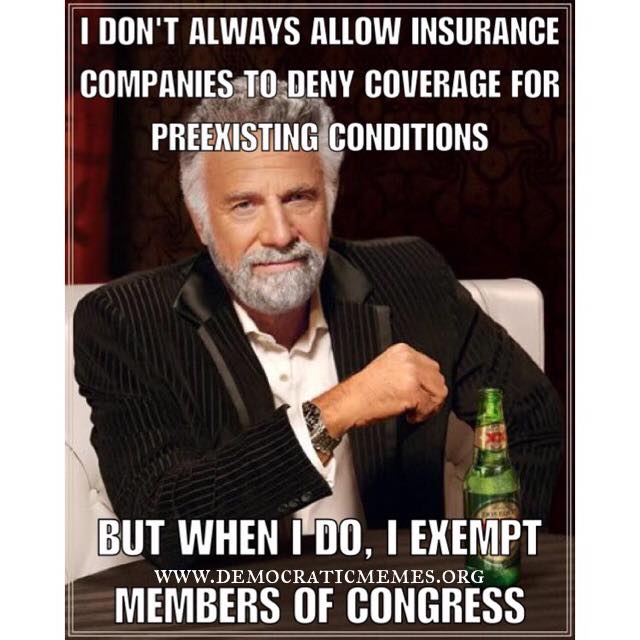 Meme grade: This is total garb-o, by the way. The House is sending their bill on to the Senate, and Senate rules say that you need a filibuster-proof super-majority – that’s 60 votes out of 100 – to pass bills that affect Congressional salary and benefits, for the obvious reason that we don’t want senators easily giving themselves huge raises all the time. So when the 60-vote bar is out of reach, parties sometimes split bills like this in two, sending a version that exempts Congress first and passing it with 51 votes, then tacking on a new bill that undoes the exemption and passing that easily (since the opposition is not about to filibuster that part). It’s a fairly common procedural tactic and is exactly what Democrats did to pass Obamacare in the first place. Anyway, this meme gets an F.

Are countless Trump voters now paying dearly for their grave mistake? In the minds of liberal meme-makers, yes. 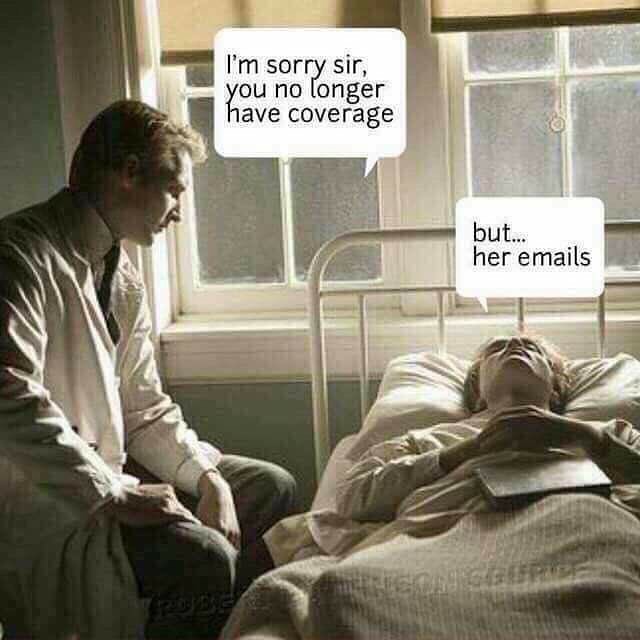 Meme grades: All “but her emails” memes get automatic As from Monday Memes.

Let’s take our minds off of our imminent deaths for a moment and turn instead to the French elections, which had basement-dwelling alt-righters on the edges of their ergonomic computer chairs. r/the_Donald rallied hard this week for Marine Le Pen, the far-right National Front candidate. 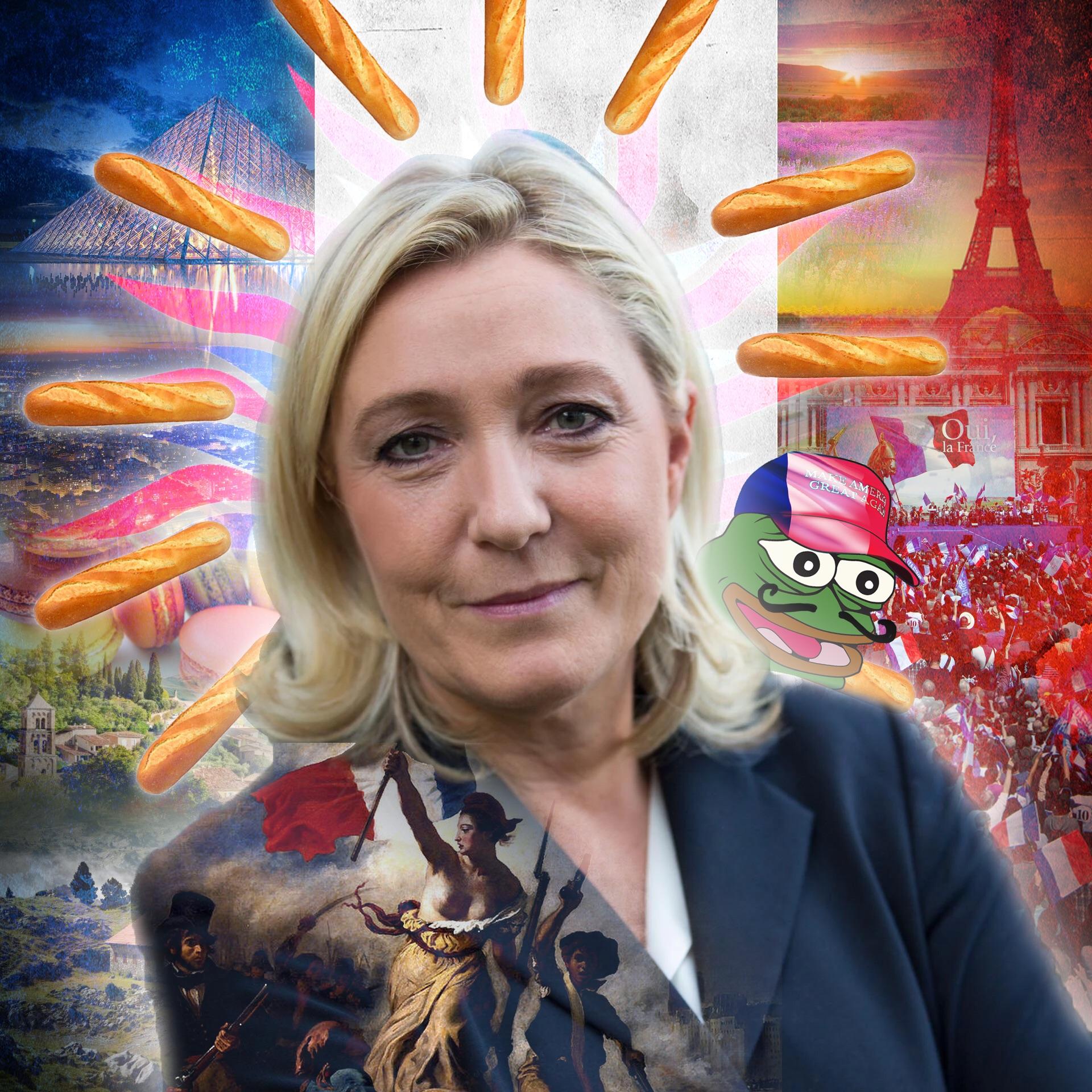 Meme grade: A moment of silence, please, for our inevitably doomed MEME OF THE WEEK. 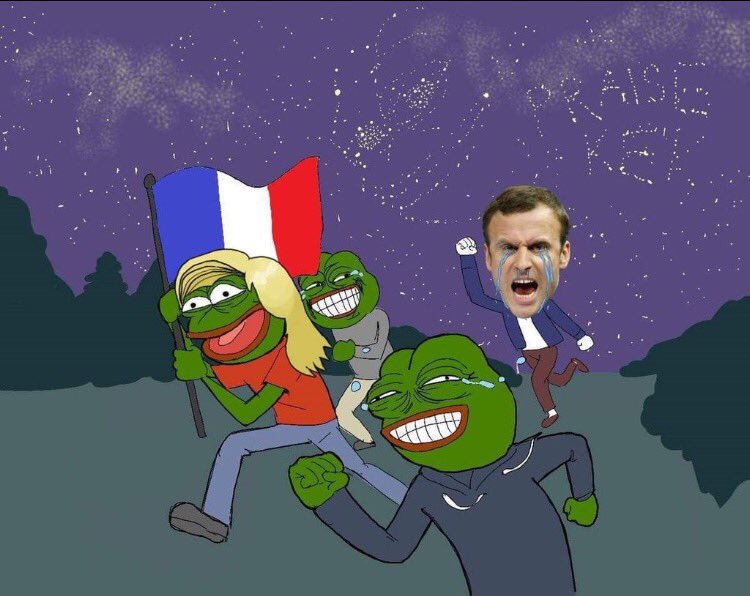 Meme grade: In the end, this is not exactly how it went down.

Macron (that’s the crying guy above) won, of course, though it was a historic showing for the National Front. 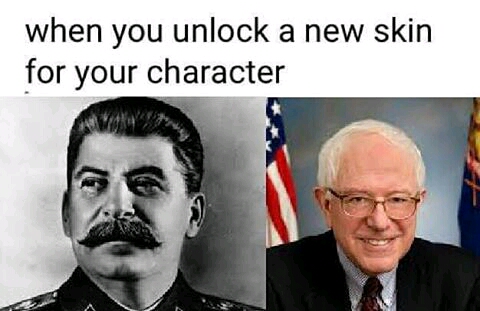 Let’s wrap things up with a meme posted to Reddit under the title “Ivanka’s next book.” 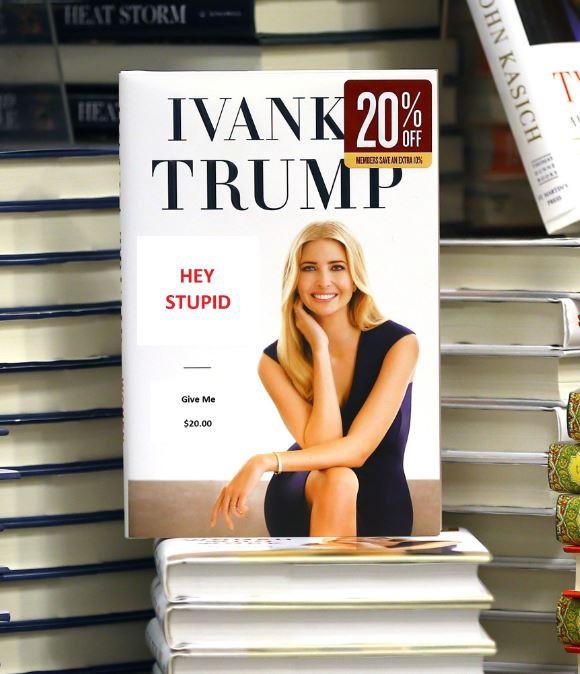