Welcome to Monday Memes, where we take a look at all of the best and worst memes that the internet had to offer in the past week. This week: the Mother of All Bombs gives birth to some memes.

Hello, everyone! This past week was a good one for memes, so I won’t waste any of your time. Hope you enjoyed your Easter. 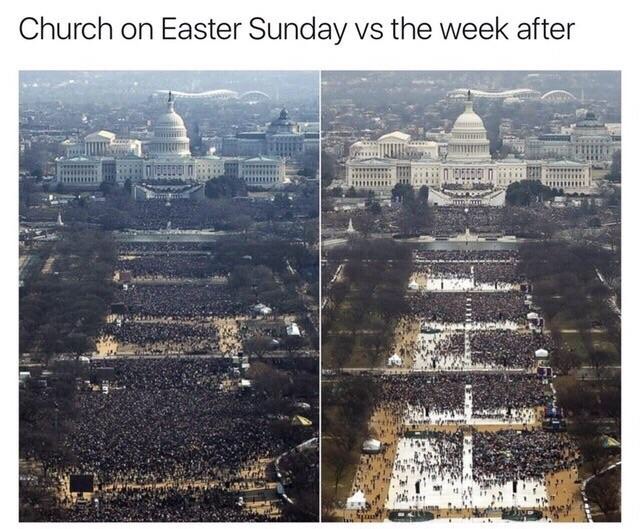 Let’s get into some United Airlines memes. When you first saw images of a doctor being dragged off of a UA flight by police, you probably didn’t think “hey, a little Photoshop work could turn that into a great political meme,” because you are not a psychopath. Luckily, the same can’t be said of your fellow man. 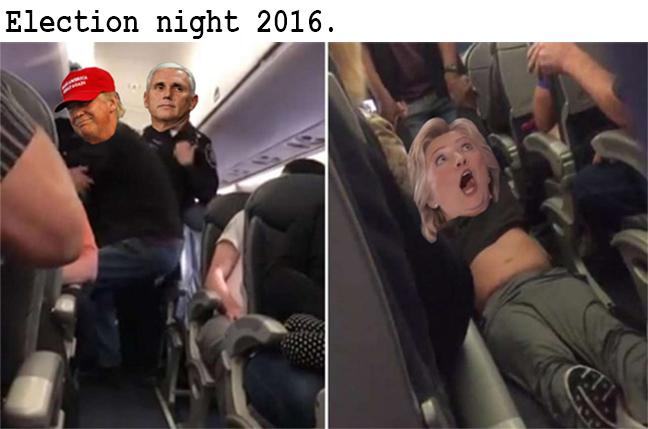 Here’s a reference that’s a bit more contemporary: Steve Bannon has lost influence in the Trump White House thanks in part to his rivalry with Trump’s son-in-law, Jared Kushner.

Wow, some dramatic images emerging from Air Force One!! pic.twitter.com/bQ1nv5i6QJ

Meme grade: Also ELITE. I wish I had more of these, but let’s move on.

Besides airline meltdowns, this week also saw a major bombing in the Middle East. President Trump made the call to drop the MOAB, nicknamed the “Mother of All Bombs.” First, let’s look at r/the_Donald’s only anti-war meme this week, which I assume they posted just for old times’ sake. 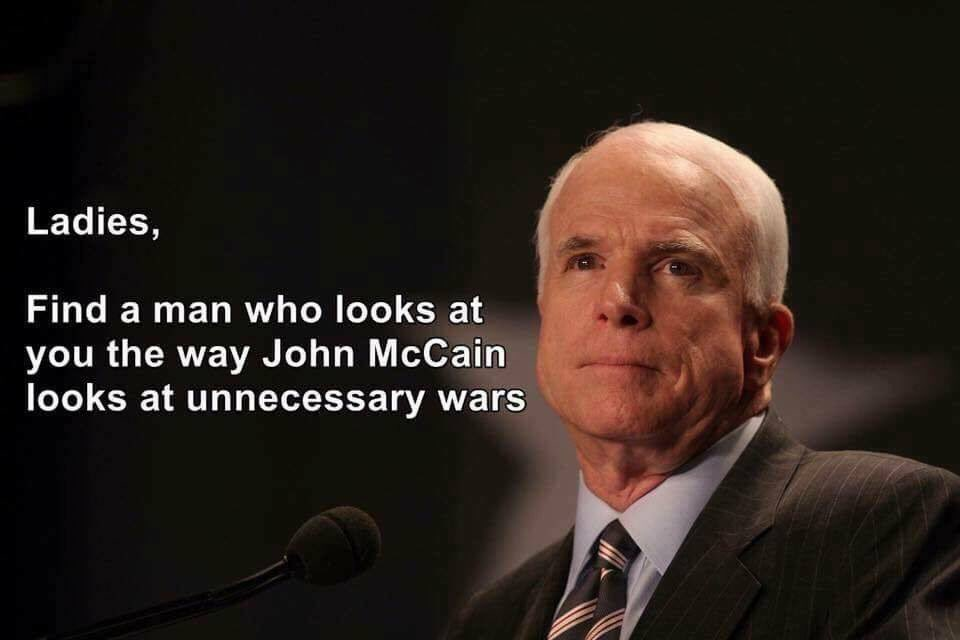 Meme grade: Is this really the lustiest looking John McCain photo they could find? F.

After briefly chastising John McCain for wanting to bomb things, r/the_Donald – having been successfully purged of anti-interventionists – moved on to loudly praising Trump for dropping the MOAB.  The MOAB is our most powerful non-nuclear bomb, and r/the_Donald’s subscribers think that is just the coolest shit. 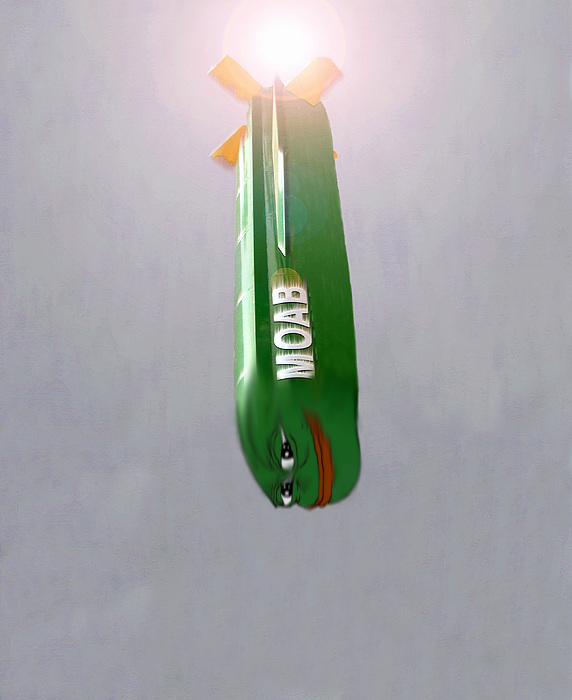 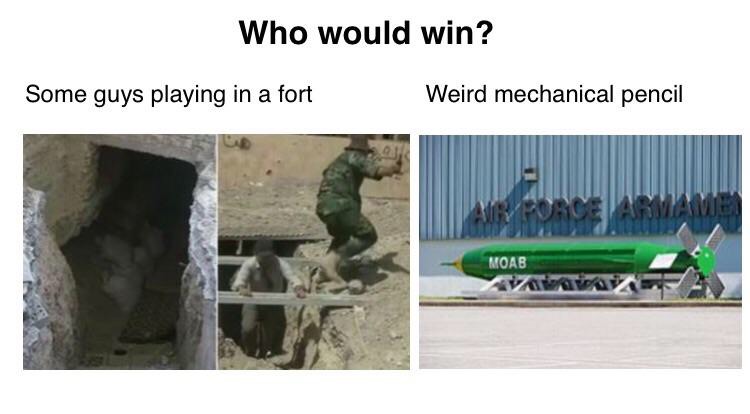 Meme grade: Here it is, our Meme of the Week.

Yes, it was a banner week for r/the_Donald. They really bounced back after their rough week, and they’re dominating this week’s Monday Memes. 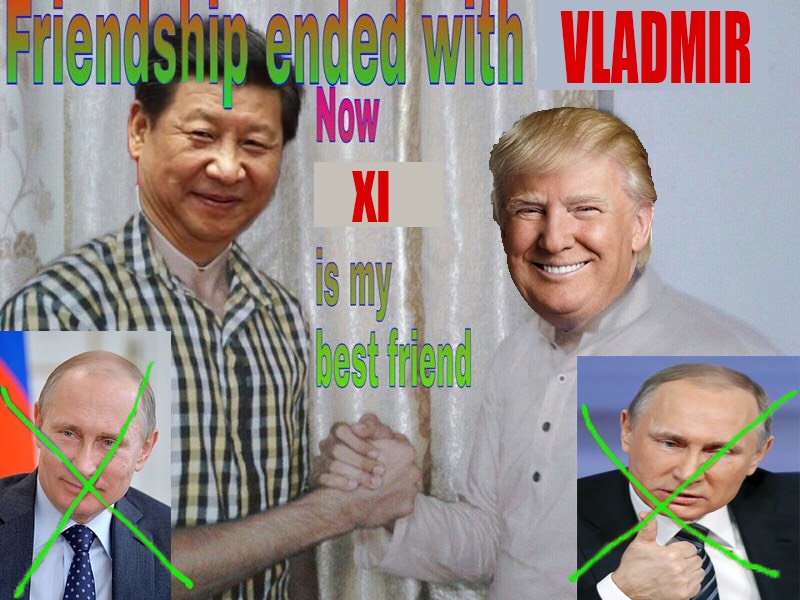 Meme grade: ELITE. Pro tip: this particular meme format pretty much guarantees your inclusion in Monday Memes. Special thanks to reader Kevin for sending this in.

Protesters from rival groups – the alt-right and antifa (anti-fascist) – clashed in Berkeley, California this week. One hippie got punched, and Trump supporters are pretty stoked about it. The meme-ing of the punch is presumably at least partly a reaction to the left’s triumphant meme-ing of the Richard Spencer punch a few months ago. 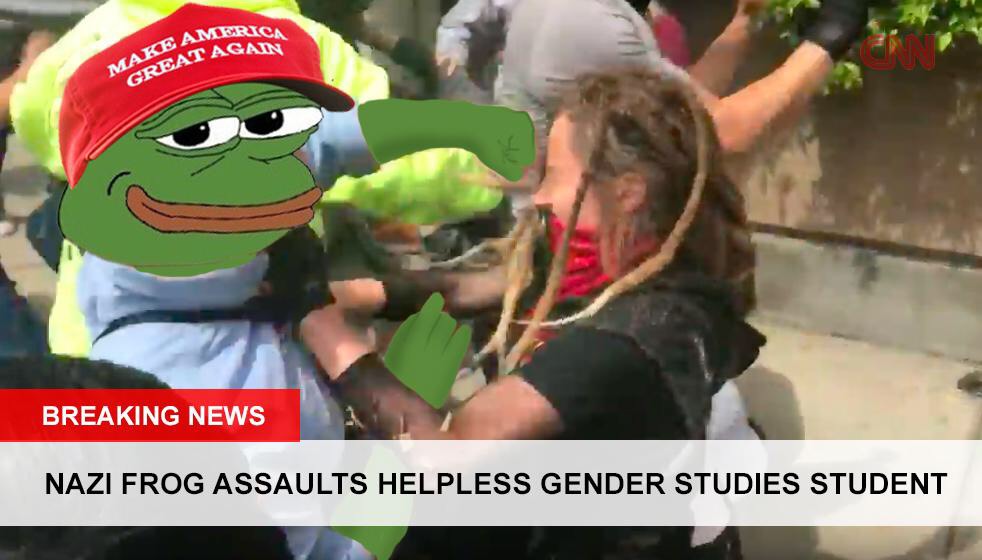 Meme grade: The chyron makes it.

We’ve had about 800 alt-right memes so far this week, but what about the left? Did they make any good memes this week? The answer is no. 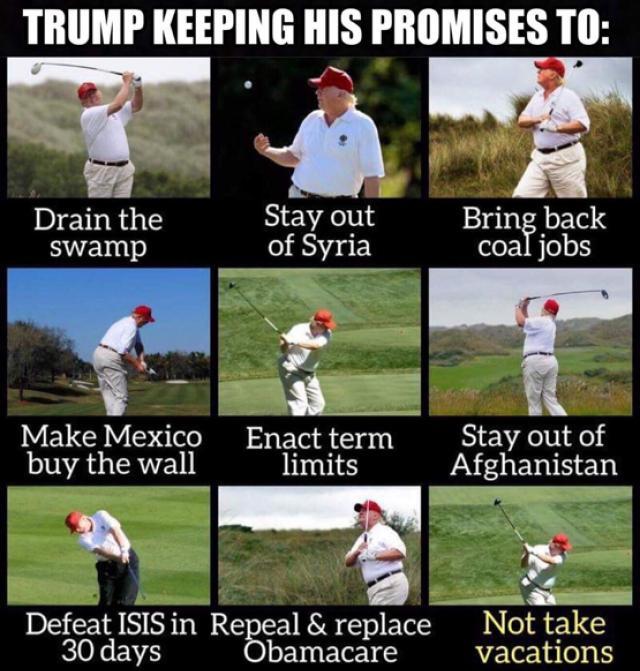 Okay, we actually got one good lefty meme this week. Here’s a Sean Spicer forgetting about the Holocaust, mashed up with Skip Bayless’ First Take reactions.

Did somebody do this already pic.twitter.com/hn7yokabIp

Last but not least, let’s check out a meme inspired by this picture (which is real!): 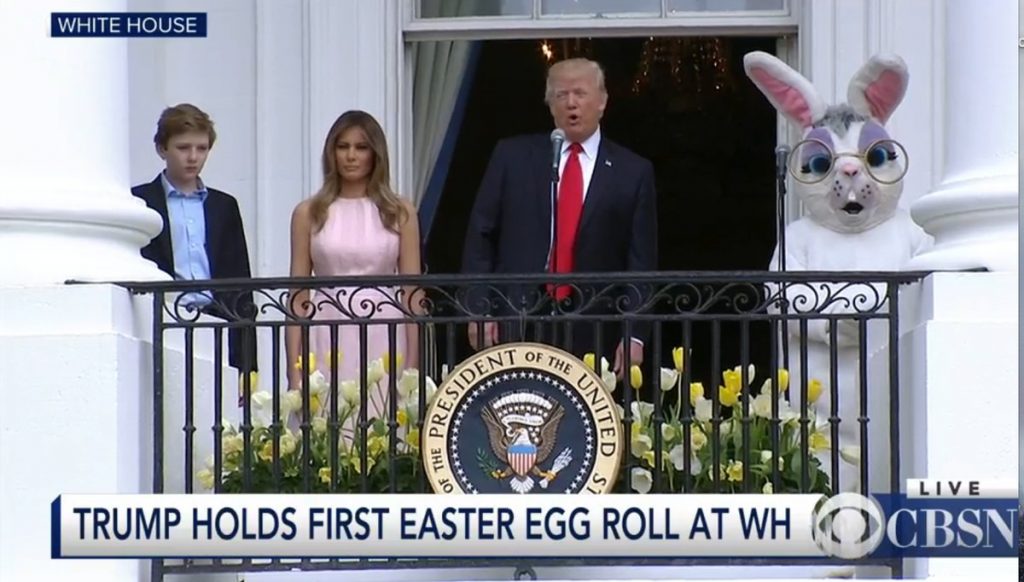 Joe Biden, Bernie Sanders and the Battle for the Soul of the Democratic Party