Welcome to Monday Memes, where we take a look at all of the best and worst memes that the internet had to offer in the past week. This week: two Animal Farm jokes in one post.

Happy Monday, kids. Did you hear that Kellyanne Conway kneeled on the Oval Office couch in her heels? The gaffe inspired a bunch of trash memes, an incredibly sexist comment from a Democratic congressman, and one amazing meme, which I have included below: 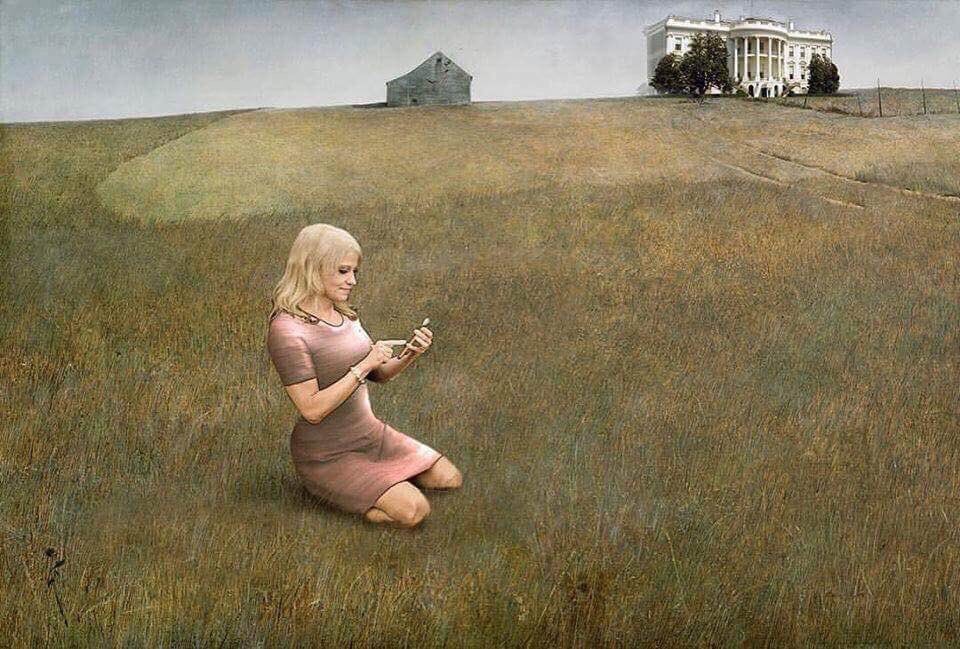 Meme grade: A+. We’re starting strong today. A guy named Tim O’Brien made this meme, by the way. I strive to source my memes whenever possible! (It’s almost never possible.)

Next, a submission from reader Alan. Thanks, Alan! Remember, readers, send your dankest memes to indelegatesite@gmail.com. Except for you, Mom – you can just print yours out and yell down to the basement and I’ll come up and get it. 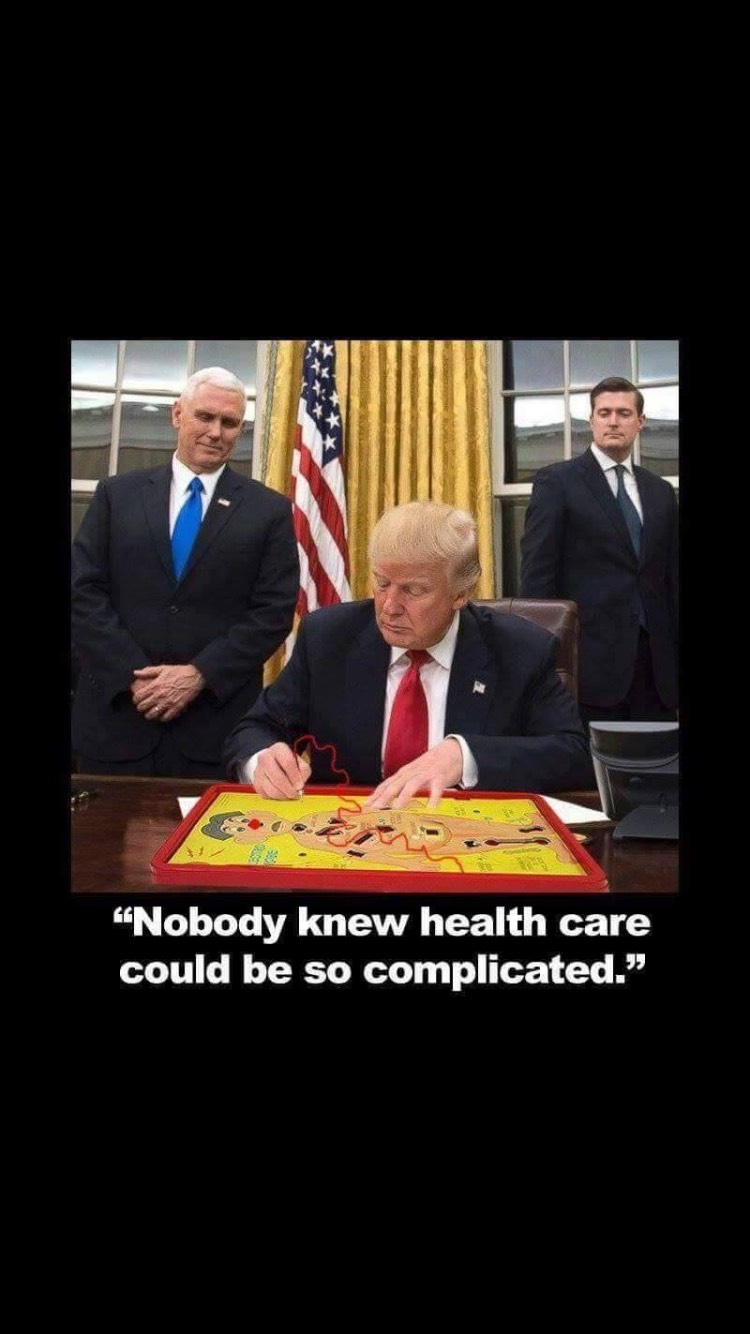 Meme grade: ELITE. Also, check out the terrible cropping job. How does this even happen? At what stage in the meme life cycle does someone add a big black border? Anyway, it’s ELITE all the same.

Let’s keep up the pace. On to the next meme! 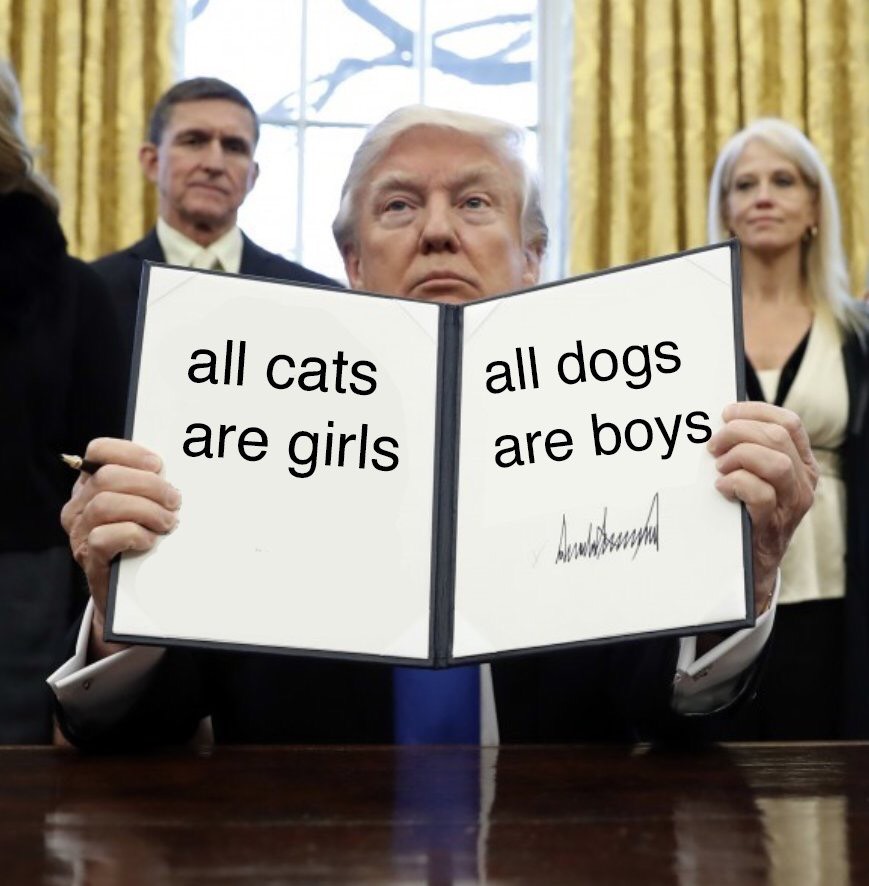 Meme grade: Finally, some truth from this administration.

This week, Donald Trump announced that Barack Obama was personally responsible for wiretapping Trump tower. Turning opposition figures into public enemies is a hallmark of authoritarianism, but it also makes for great memes. Check it out: Monday Memes is about showing you “all of the best and worst memes that the internet had to offer in the past week,” and I take that pledge that I made up very seriously. That’s why it’s my duty to inform you that white supremacist Twitter was pretty active on the meme front this week. Here’s what passes for dank when you’re David Duke: Meme grade: I would just like to point out that everyone in the audience here is wearing fedoras.

What the hell is the shadow government, by the way? I’ll let this next meme explain: Meme grade: I trust that this clears up any questions about the shadow government.

Anyway, pretty racist stuff, I know. But you did get to see a photoshop of Big Brother Obama shouting at a bunch of neckbeards – so, in a way, you came out ahead.

Let’s get back to the pretty good memes. By far the best meme trend of the week was the rise of Mike Pence and Barron Trump memes, which are just screenshots from Jonny Quest with made-up captions. For instance: 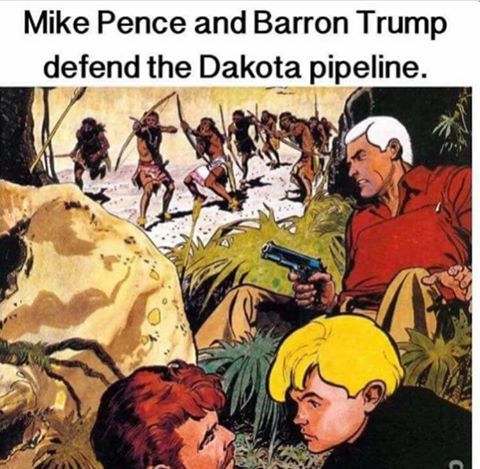 Plenty of dank memes from the snarky liberals this week. But what about the super earnest and overly woke liberals? Let’s check in on our swing-state Jill Stein voters: 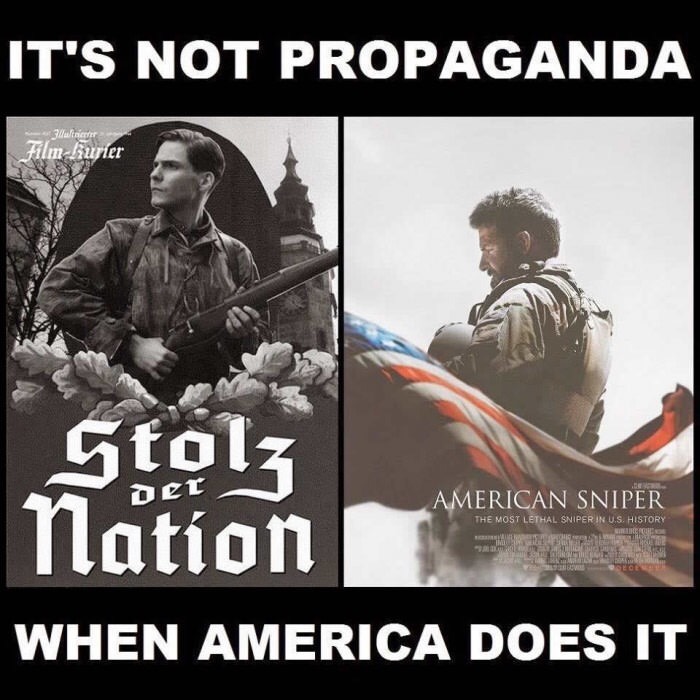 Meme grade: Stolz der Nation is a fictional Nazi propaganda film from Quentin Tarantino’s Inglourious Basterds, and it really seems a lot like the privately funded blockbuster American Sniper until you think about it for several seconds. Meme grade: This was going to be our Meme of the Week, but I was so inspired that I decided to divide the honor equally among all the memes instead. Congratulations to everyone.