It’s 11:15 AM on a Monday. Do you know where you Alt-Right meme warriors are?

They’re on Reddit, positively melting down because Reddit’s CEO is trying to stop the whole site from turning into the world’s chubbiest KKK rally. It hasn’t really been a great election cycle for Reddit’s management: the site’s pro-Donald Trump community rather cleverly figured out ways to outsmart Reddit’s algorithms, sending massive numbers of posts from r/the_Donald to Reddit’s front page; a competitor message board, Voat, is trying to poach Reddit’s disaffected conservative users; and Reddit’s CEO was caught covertly editing comments that insulted him, which he called “trolling” but others called “undermining pretty much the whole point of the site.” But these setbacks didn’t stop Reddit from dropping the hammer on r/the_Donald, banning some of the subreddit’s tactics and taking specific action against some unruly users.

The fallout has been glorious. They’re working through the stages of grief over at r/the_Donald – but while the text posts sometimes dip into bargaining and depression, the memes remain steadfastly stuck on denial and anger. 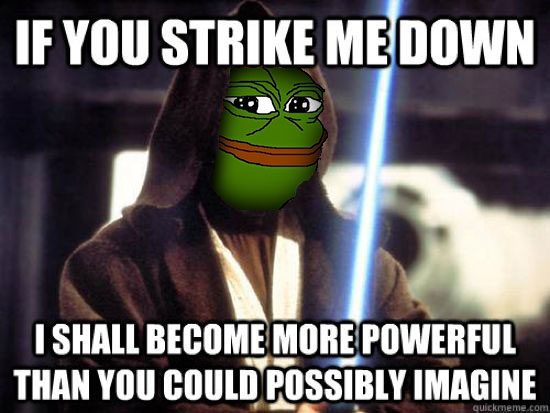 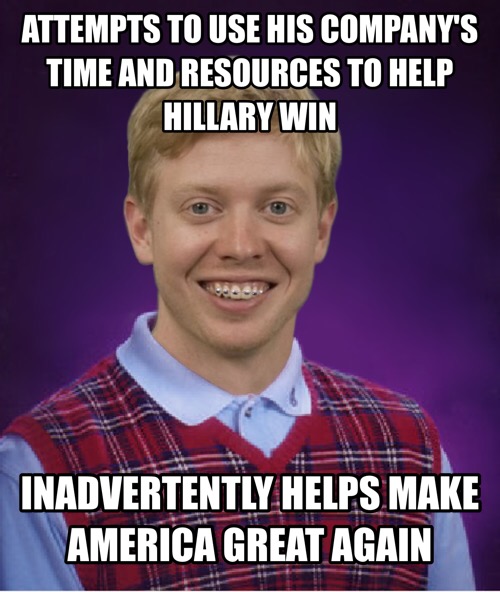 Meme grade: The outfit and teeth are photoshopped, but other than that this is actually what Reddit’s CEO looks like. What did you expect? 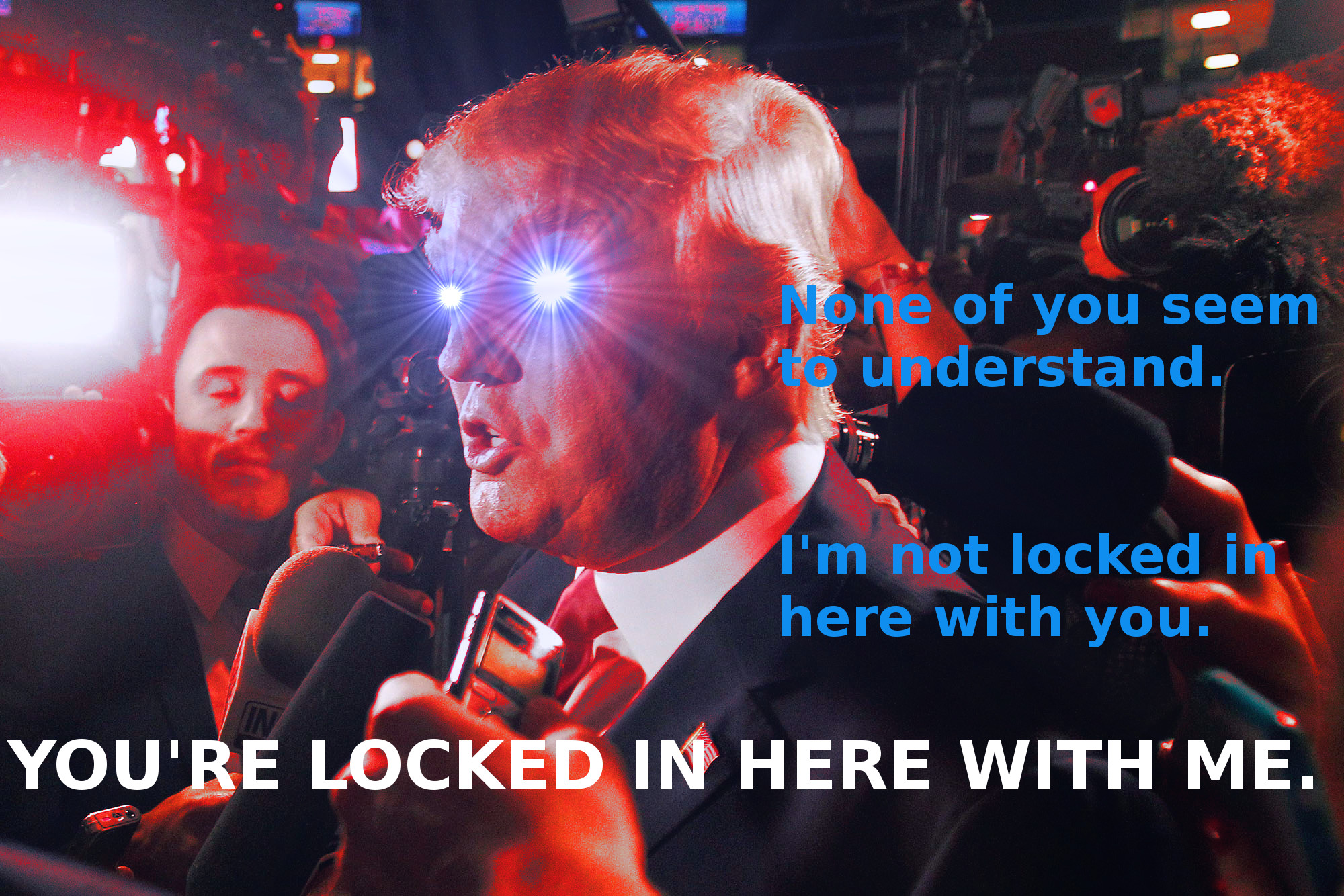 Meme grade: This is one of the most perfect memes I’ve ever seen in my life. Meme of the week.

You know who is having a great week, though? Everyone at r/enoughtrumpspam, a subreddit that exists pretty much just to antagonize the alt-righters over on r/the_Donald. Christmas came early for these relentless haters, and they are partying hard over on their home turf.

Let’s start with this one, which was posted under the title “MFW r/The_Donald gets DEPORTED from r/all. They can still come to the front page… but they have to do it LEGALLY!” 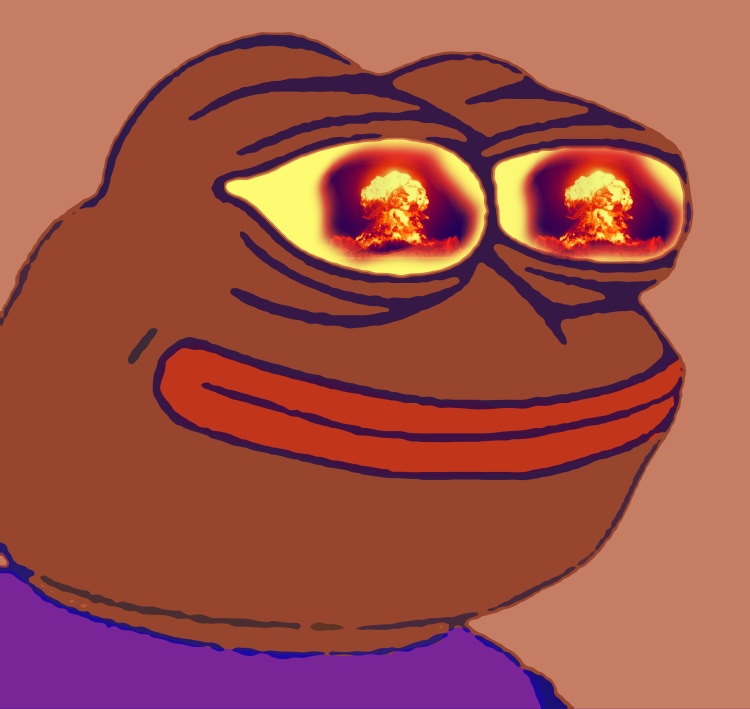 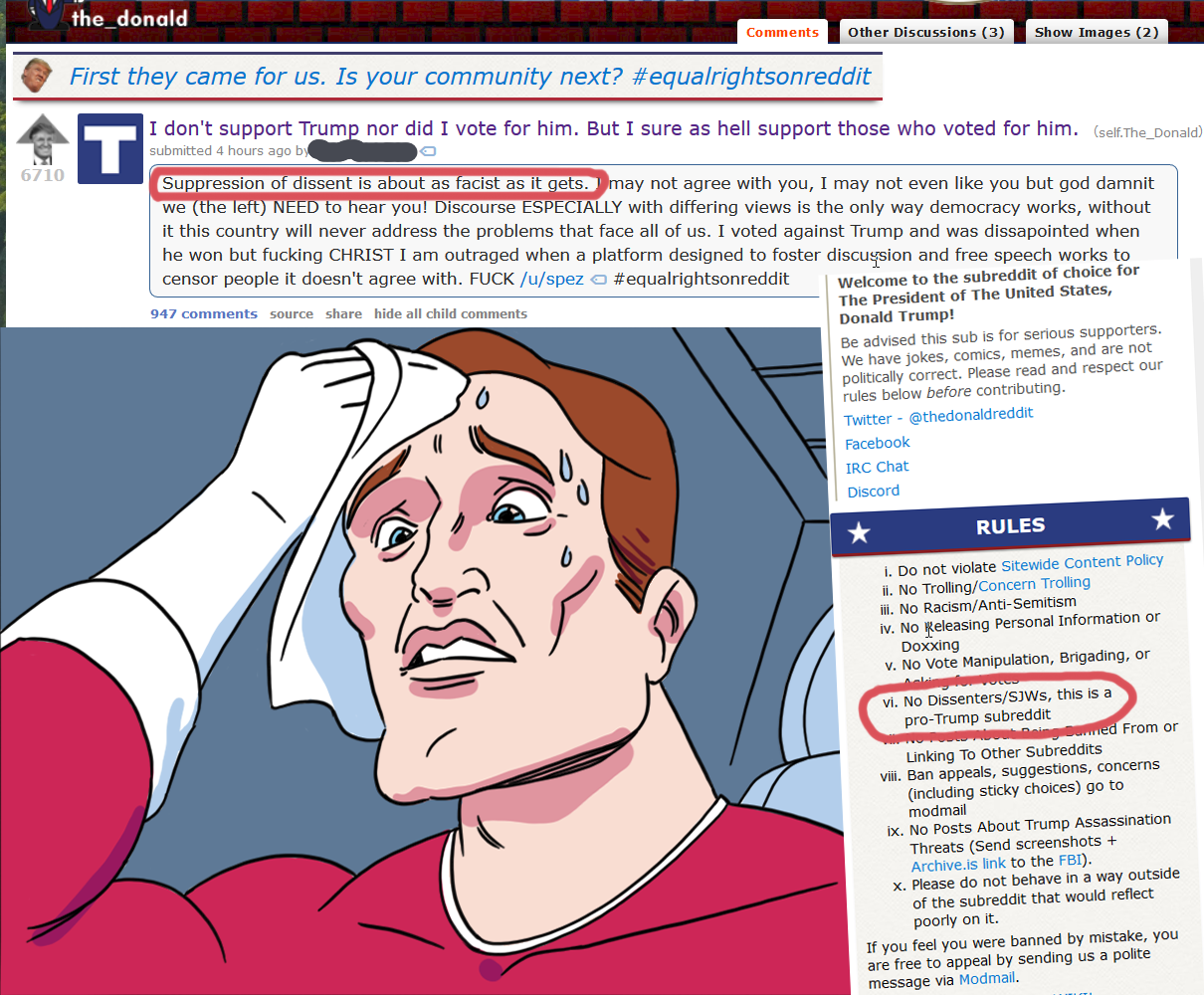 For the uninitiated, Reddit is divided into individual message boards called “subreddits,” but the site also offers ways to view all of Reddit’s posts in one place. The “front page” – the first thing you see if you load Reddit.com – has long been dominated by r/the_Donald posts, as has r/all (which, as the name suggests, includes content from all subreddits). One of the new measures taken by Reddit’s CEO was to allow filtering on r/all, enabling users to still view that page while blocking r/the_Donald entirely. Here, courtesy of r/enoughtrumpspam, is a gif illustrating how that makes non-racist users feel:

The past 24 hours summarized

While we’re on our r/enoughtrumpspam safari, here’s a more typical post from the subreddit (NSFW language):

Heavy stuff. There will be fewer memes about racism next week. Or maybe not, I don’t know. I don’t make them. Okay, last meme! 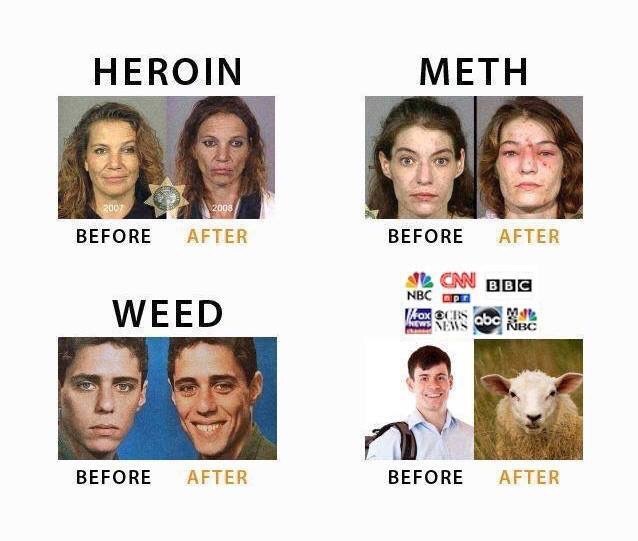 Meme grade: I should do one of these for Indelegate.