Oh boy, it’s Monday Memes. Here’s your weekly dose of curated political meme-age, including the good, the bad, the ugly, and the explicitly racist.

Happy Monday, folks. A word of warning: the memes are really bad this week. 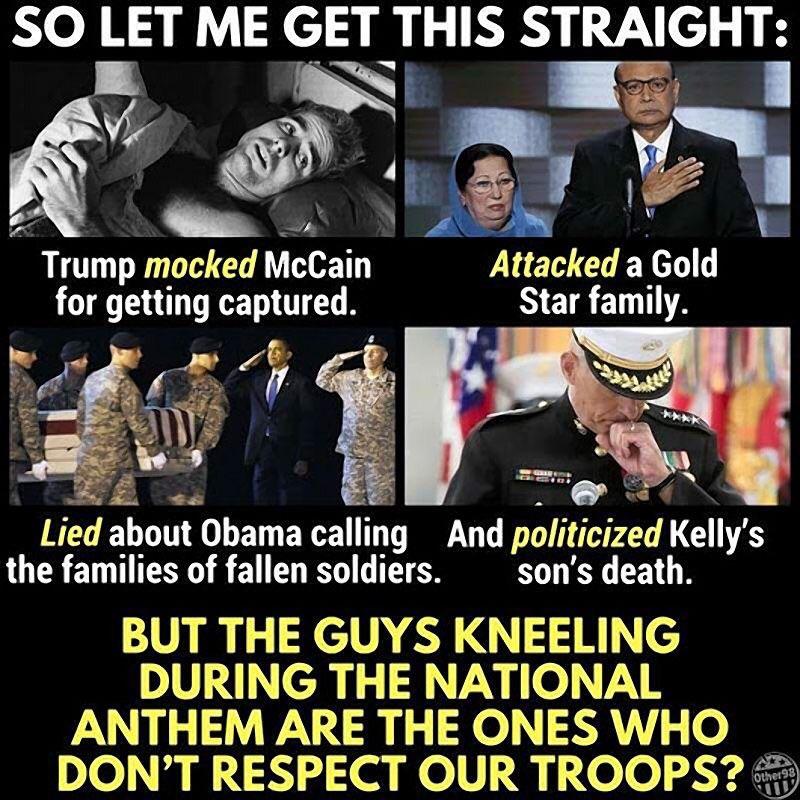 Meme grade: Shouting into the void

Trump has been feuding with a pregnant war widow for, like, a week, so there have been a lot of angry memes around. Here’s another. 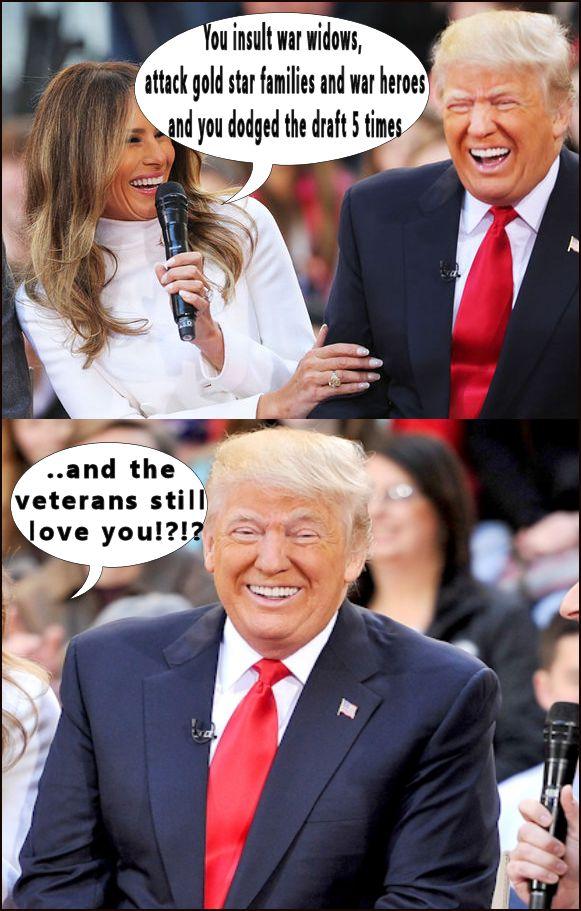 Meme grade: “Manic grinning/laughing in disbelief” is, like, an entire genre of meme.

I wonder sometimes about the people who make these furiously joking angry-memes. Do they just lose their shit and run right to the computer to let off some steam in… Photoshop? Or are they actually calm and just really good at capturing the I’m-not-mad-it’s-actually-so-absurd-it’s-funny fury that will help their meme go viral? I’m leaning toward the first. Email me ur thoughts plz.

It was a big week for conspiracy theories among right-wing memers. Did the FBI, Democrats, and Russia join forces to fabricate a dossier with salacious allegations about Trump and Russian hookers peeing everywhere? Don’t let the fact that this makes no sense at all distract you from the fact that the President thinks it might be so. I was utterly convinced that there was no pee tape until Trump’s increasingly frantic paranoia swung me to being, like, 75% sure it’s real. Anyway, Trump’s fans on r/The_Donald love the FBI/Russia/Democrats theory, but they have some of their own to offer as well: 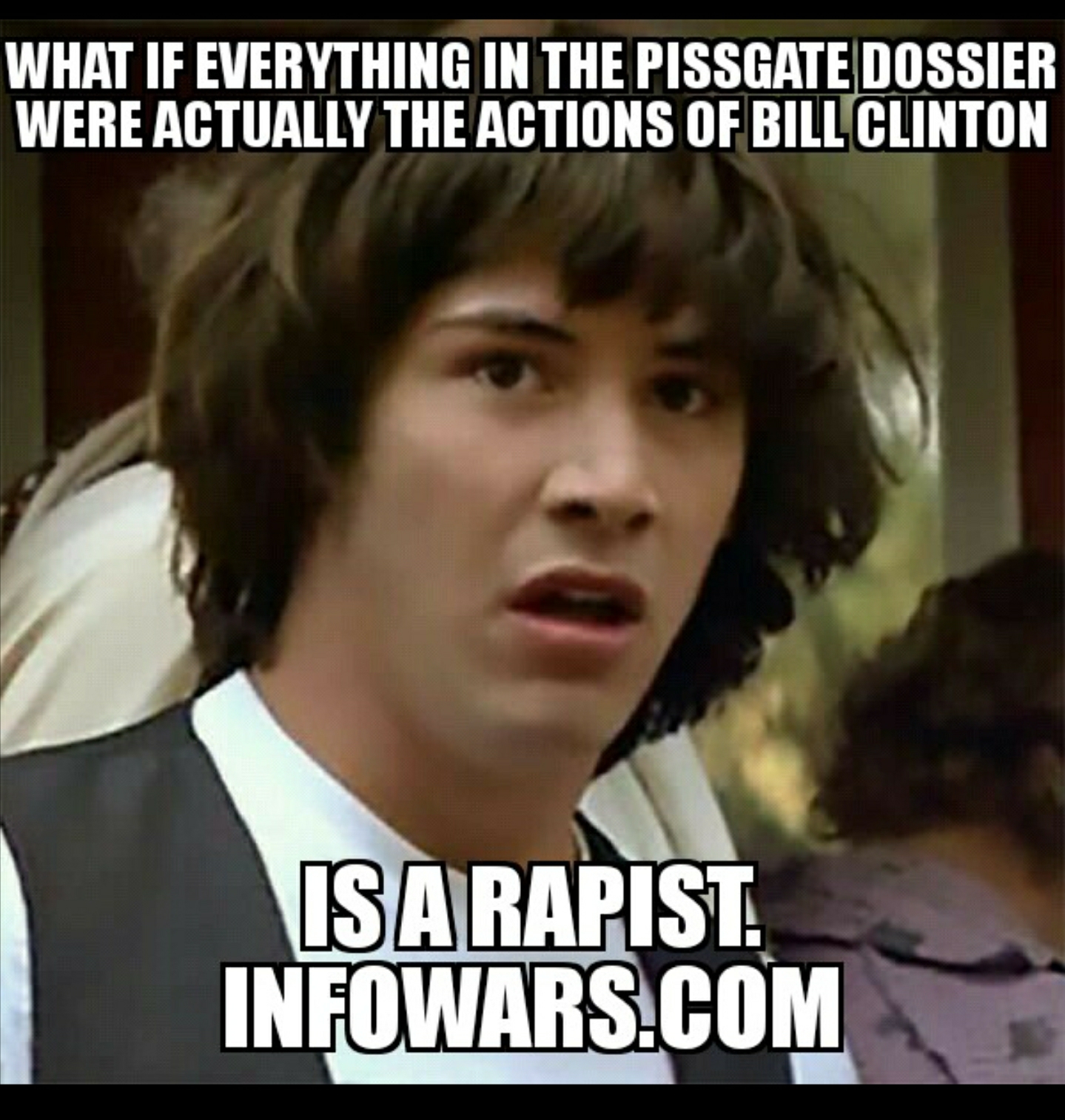 Meme grade: SPECTACULARLY BAD. There was also one that said the dossier was probably actually about Harvey Weinstein (???) but it was mildly better in execution than this one, so I figured I’d give you guys the worst of the worst.

Also on this week’s conspiracy schedule: George Soros! Soros, the dark lord of liberal financing, has given $18 billion to his Open Society Foundations, a left-leaning philanthropic organization. From this, the quick thinkers of Reddit’s r/The_Donald deduced that Soros’ money was going to Antifa. And since r/The_Donald views Antifa as a terrorist organization, it didn’t take long for them to decide that Trump could unilaterally confiscate all $18 billion under the powers of the PATRIOT Act. Are you still following this? 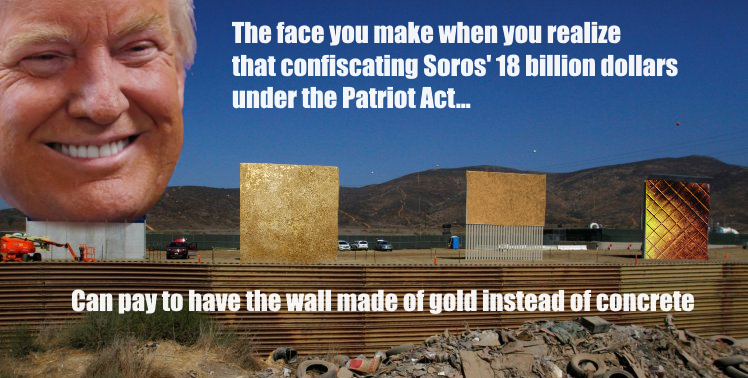 Meme grade: It is extremely on-brand that this is the first use an r/The_Donald user has in mind for $18 billion.

We’re not out of the conspiracy woods just yet. The Hill reported this week that Russian bribery of a uranium trucking firm was under investigation by the FBI at the same time that multiple U.S. agencies – including Hillary Clinton’s State Department – approved a deal that gave the Russian government control of a ton of U.S. uranium. The deal was controversial even absent this bribery twist, and if it turns out that the approving agencies knew about the FBI investigation, that will be a big deal. The thing is, though, that it’s not yet known if the people in charge of approving the deal actually knew about the FBI investigation, so- 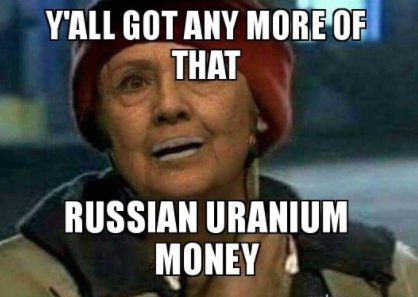 That’s all for the conspiracy stuff. Let’s move on Ted Cruz, Zodiac killer.

Cruz faced off with Bernie Sanders in a CNN debate last week that I hope, for your sake, that you did not watch. The two not-presidents sparred and joked and bored the living hell out of a bunch of people who like their politics irrelevant and schedule opposite the League Championship Series. I sure as Hell did not watch this debate, but the folks at Facebook’s Ted Cruz Memes did, and they would like to let you know who won: 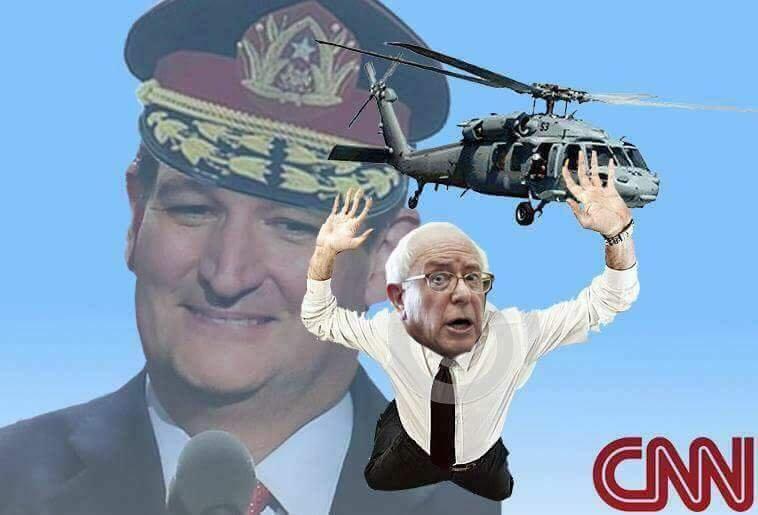 Meme grade: The Hell is this? I love it. 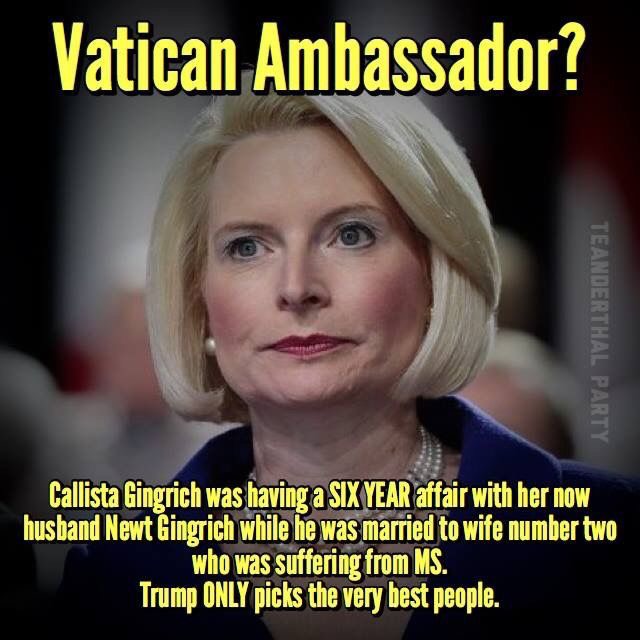 Meme grade: To answer the question at the top of this meme: yes.

Also, look, I’m sure Callista Gingrich is a garbage person and all, but is this that big of a deal? Are we going to end up at war with the Vatican because Trump didn’t give this job to Sean Spicer? Is COOL POPE going to be INCENSED that we dared send an adulterer to chat with him? Jesus hung out with Mary Magdalene, so maybe just get a grip, Teanderthal Party.

That’s about all for this week, but let me leave you with one more from Ted Cruz Memes, which is so gleefully strange that I had to make it this week’s MEME OF THE WEEK: 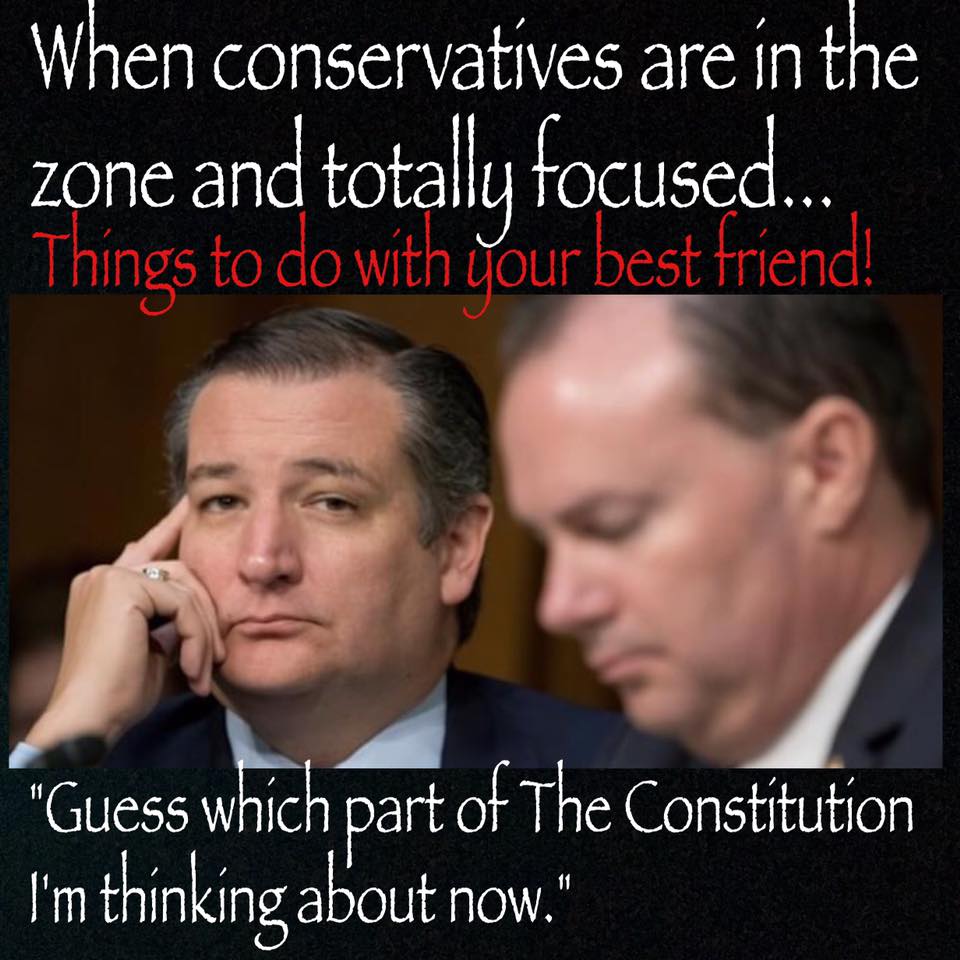 Meme grade: The competing captions are what won me over here. Truly beautiful work. Everyone involved should be very proud.