When I started Monday Memes, I made a deliberate decision to include “the best and worst memes that the internet had to offer in the past week.” I included the best memes for obvious reasons: because they’re funny and mad dank.

Bad memes aren’t dank, but they are – or were – funny. It’s not very nice to laugh at stupid people, but it’s also fun, and I’m not a saint. So it only made sense to include really racist photoshops or long lists of made-up facts about socialism or text-heavy conspiracy memes about Hillary Clinton plotting to murder Bernie Sanders by drone.

But sometimes the bad memes just don’t seem that funny anymore. It’s partly because we elected an actual bad meme as president and partly because we are – or at least I am, because maybe you guys were already on top of this – becoming aware of just how powerful stupid people and false beliefs can be when they all agree on the particular stupid thing that they’re going to back.

It’s kind of hard to say if it’s still funny to look at a poorly made racist meme, or if it ever was. Maybe it’s only funny to shitty people or to people who don’t have to be quite as scared. Or maybe a shitty meme can be scary and sad and funny all at the same time.

I don’t know if Monday Memes has run its course or if it should get more serious, or if taking memes seriously is wrong itself because it legitimizes them – as much as a low-readership blog can normalize things that are already impressively mainstream. I’ve thought about it, but I don’t have a good answer. For now, for lack of a better solution, Monday Memes is going to stay the same.

Anyway, here are your fucking memes. 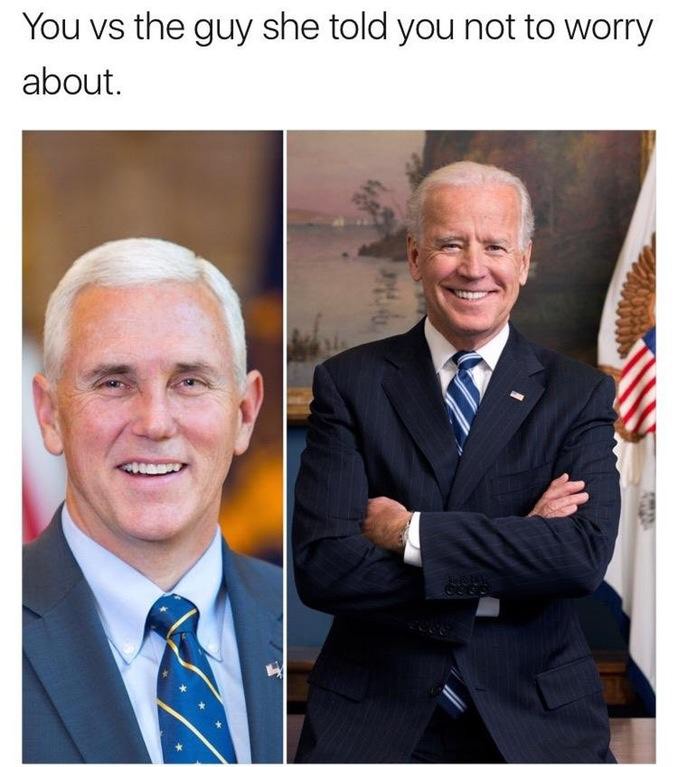 This was not President Trump’s best weekend. Or maybe it was, because he’s only had two weekends in office and the other one was a disaster, too. But, at any rate, it was a shitshow.

Meme grade: This meme is fine.

Ivanka Trump is, um, taking some heat for this photo pic.twitter.com/9x4HTl1PKn

Someone took one of my all-time favorite political memes (and a former Meme of the Week) and gave it some more jpeg: 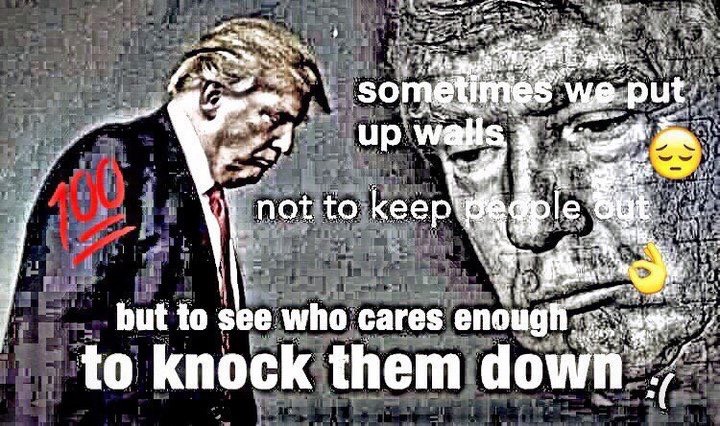 Meme grade: F. The original was perfect. This is like covering a Beatles song. Just pure hubris. 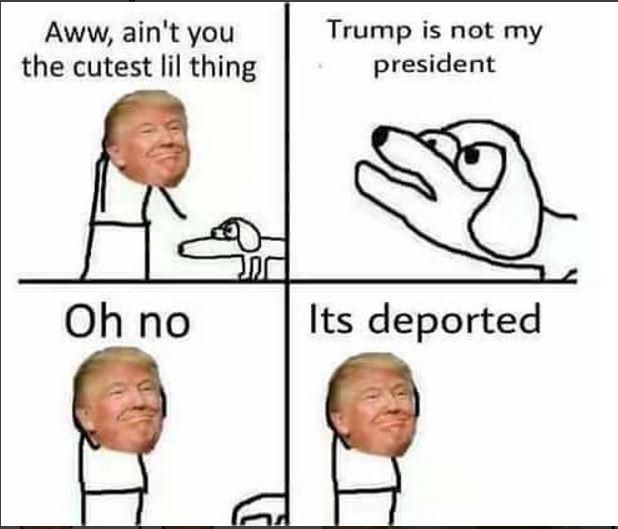 Speaking of r/the_Donald, they’re convinced that they’re at war with paid users who are there only to downvote racism (nobody, r/the_Donald subscribers agree, would do this for free). 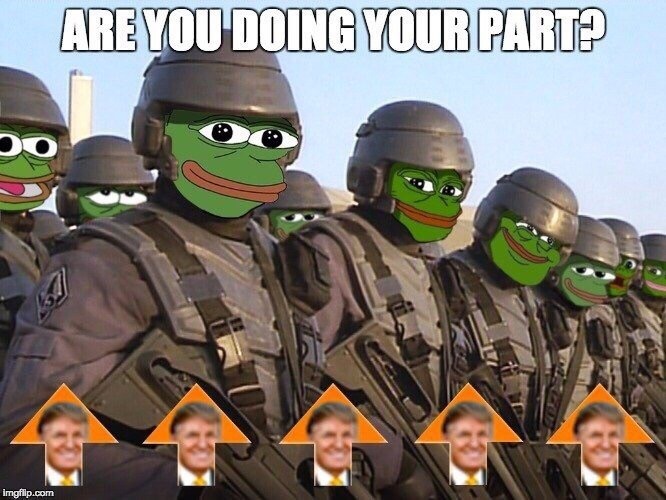 Meme grade: The beauty of r/the_Donald is that they can put together such great work while never stopping and thinking hey, isn’t this a still frame from Starship Troopers, a satirical film about nationalism, militarism, and fascism?

Posted to Reddit’s r/the_Donald under the title BEGUN THE 2ND MEME WAR HAS! BATTLE STATIONS!: 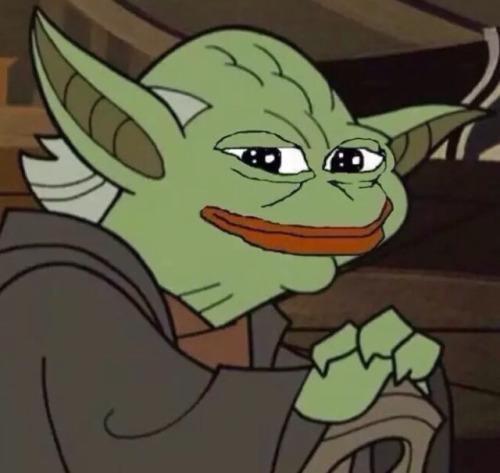 Meme grade: What a weird mythology they’ve got going over at r/the_Donald. They have their own shared history and their own heroes and villains and traitors. It’s like a giant MMO for lonely racists. 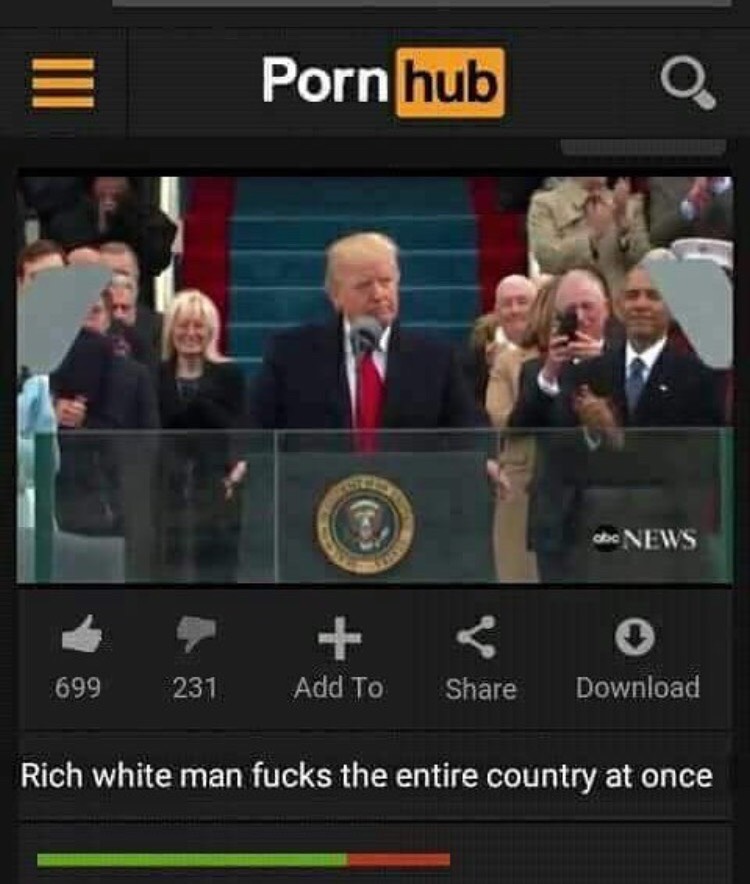 Meme grade: This, obviously, is our Meme of the Week.

Meme of the Week runner-up: 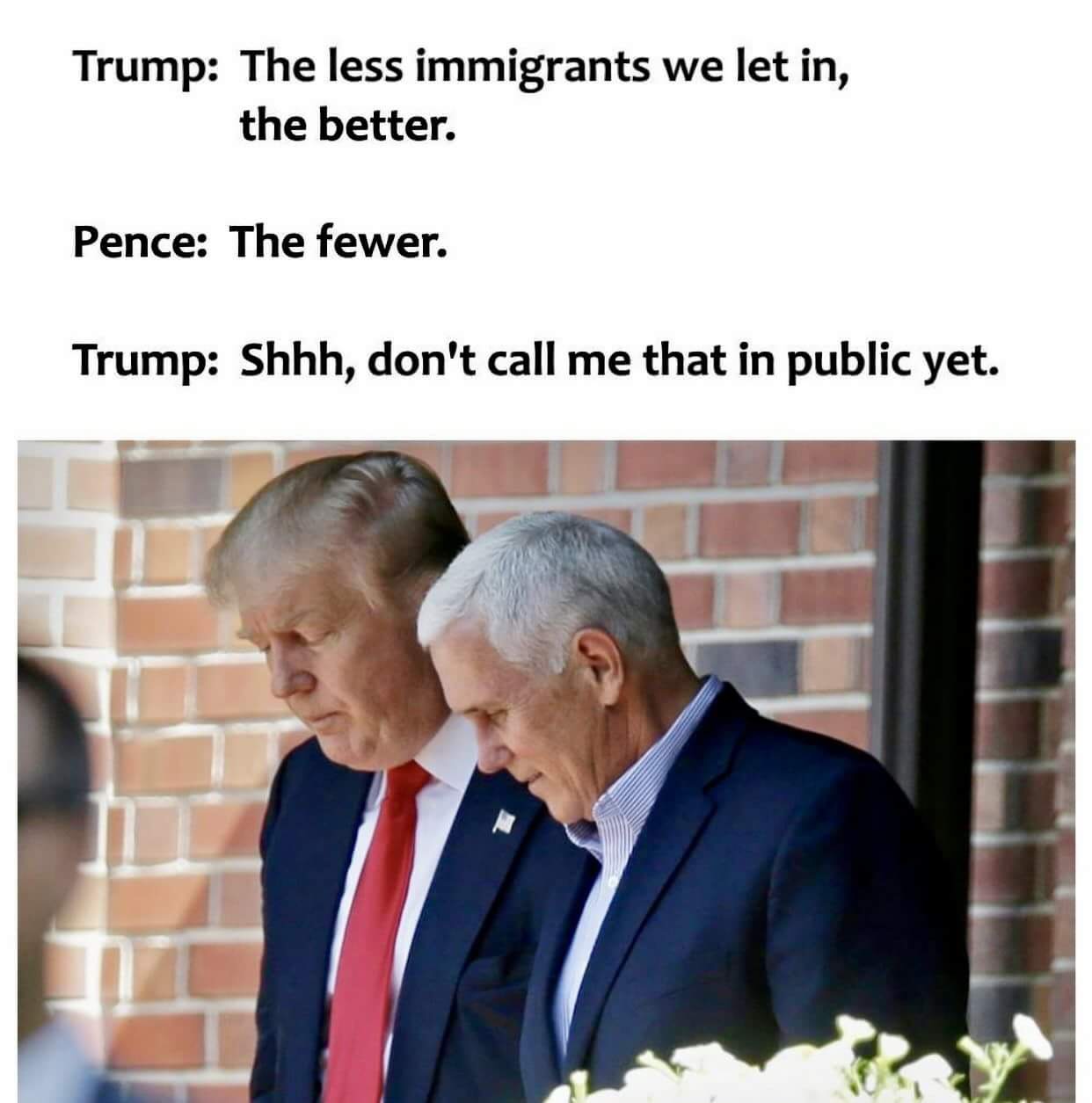 IMPORTANT: Here Is a Bird That Looks Just Like Donald Trump