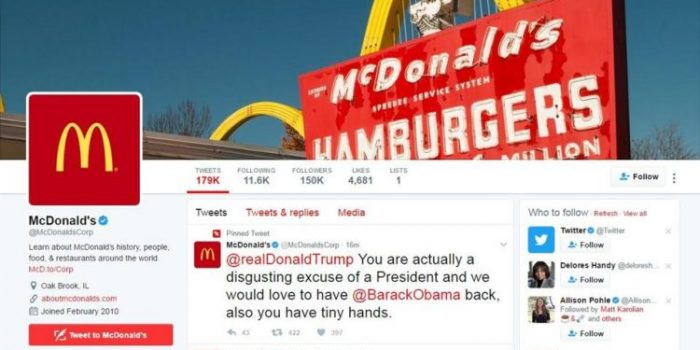 Someone at McDonald’s is getting fired today: 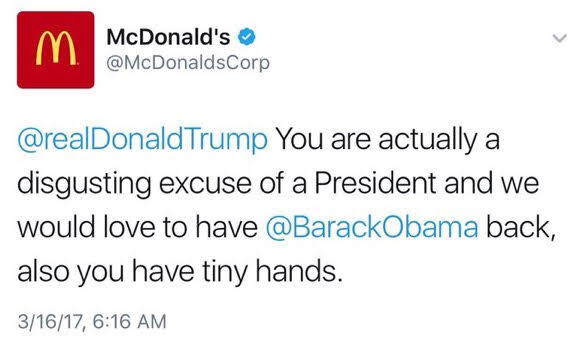 McDonald’s isn’t actually fed up (sry) with Trump. The company says its “account was compromised.” McDonald’s deleted the tweet.

Maybe someone hacked McDonald’s Twitter account to send one stupid anti-Trump tweet, or maybe this is the work of a social media intern who forgot to switch accounts (or decided to go out in style).

Let’s take a moment to remember happier times between the Donald and McDonald’s.