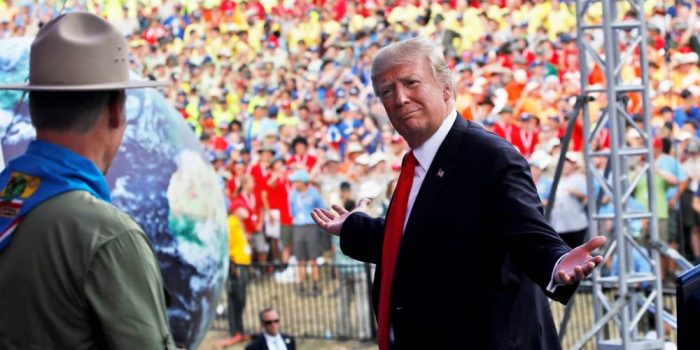 President Donald Trump gave a speech at the National Boy Scout Jamboree last night. He said shit like this:

As the Scout law says, a scout is trustworthy, loyal — we could use some more loyalty, I will tell that you that.

By the way, just a question, did President Obama ever come to a Jamboree? … The answer is no.

And this, which, again, is a real thing that the President of the United States really said to Boy Scouts:

The Boy Scouts did, at least. They booed mentions of Obama and Hillary, chanted “U-S-A” and “we love Trump,” and generally behaved like little uniformed fans of the President. You can guess where this is going.

Congrats on getting your Hitler Youth badges, boys! https://t.co/9XUTicFqNM

What’s really scary is the Boy Scouts appear to really have a good time. Very reminiscent of Hitler Youth.

Let me begin by examining this terrifying crowd of Nazis: 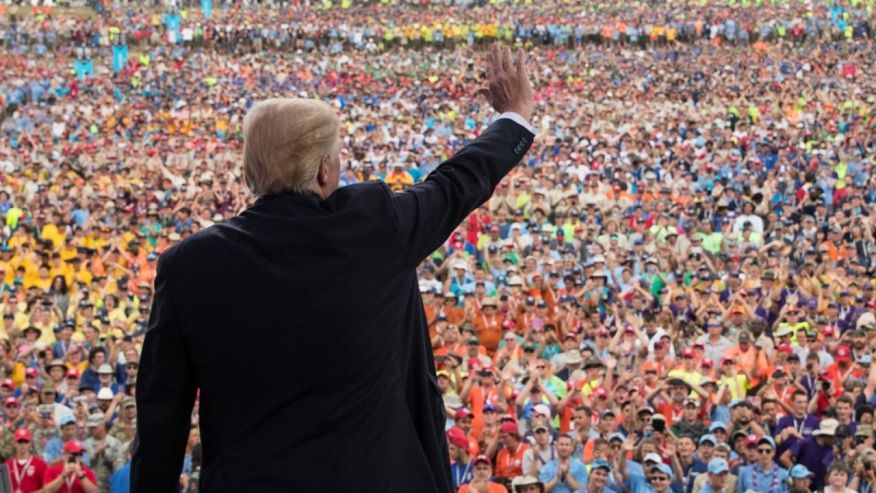 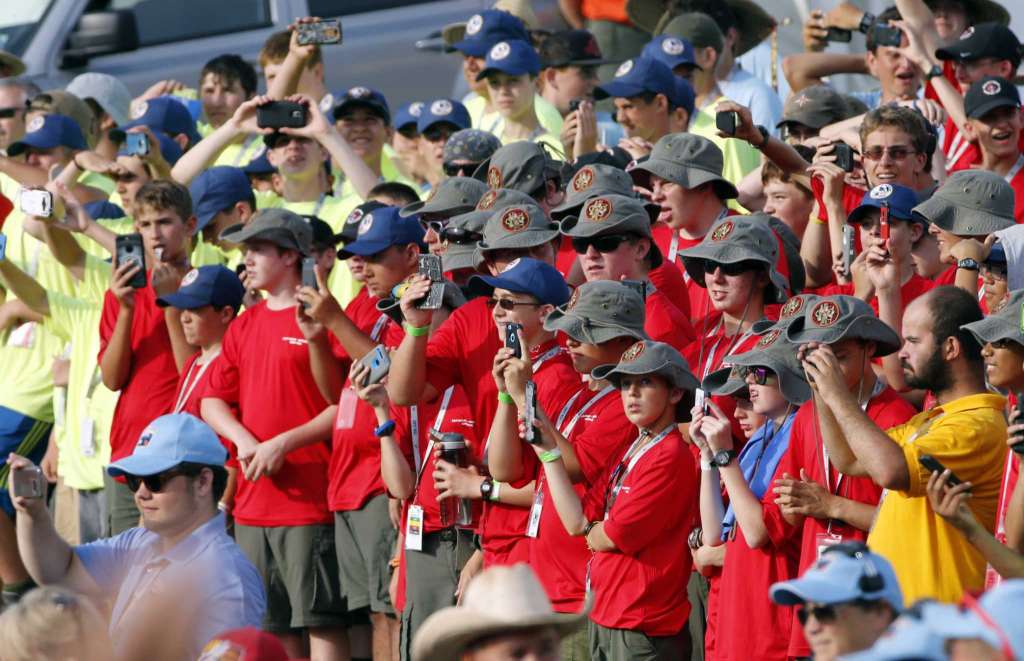 Yes, Boy Scouts are boys, and boys are children. Just like the Hitler Youth! Yes, maybe. But the best person to blame for the Hitler Youth is, I think, Hitler, and not the youth.

To be fair, not everyone is mad at literal children. Some people are talking about the Boy Scouts as an organization. Why are the Boy Scouts getting political? Why was Trump even invited?

This has literally never been an issue before. Here’s an excerpt from George W. Bush’s 2005 Jamboree speech (one of two):

And that’s not the only reason I’m optimistic about the decades ahead, because I’m standing in front of America’s future leaders. When you follow your conscience and the ideals you have sworn as a Scout, there is no limit to what you can achieve for our country.

When I was preparing to come out here to visit you, I was reminded of how the Boy Scouts got its start in our country as the result of a good turn. I reviewed once again the classic story of how William D. Boyce lost his way in a dense London fog and received help from a British Scout who refused to accept a tip. Just think about how that one good turn set in motion millions upon millions of other good turns over the years.

You see, I started fishing at age 5 or so, in the cold waters along the Atlantic coast at Maine … you know, fishing with one of these lead jigs with a little white cloth for bait, trolling with one of those old green cotton lines… no matter where I fish today, I always look back to the days when I trailed that little piece of white cloth along the shoreline. And there’s a lesson here that I want to share with you. Whatever you love to do – whether it’s hiking, hunting, kayaking – hang on to it.

Leadership! Good deeds! Fuckin’ fishing! That’s the kind of stuff you’re supposed to talk about, if you show up at all (Obama and Reagan both missed theirs – it’s not a huge deal). So the BSA probably did not want Trump to turn his speech into a political rally, though they might have reasonably suspected he would, because he’s a lunatic. And when he did, they answered with this statement:

Utterly insufficient, @boyscouts of America. Trump tried to turn the children society trusts you to care for, into the Aryan Youth League https://t.co/LsdKjNGJmV

More than any other politician in recent memory, Trump has made political positions feel like moral imperatives. You’d have to be pretty fired up to consider the Boy Scouts immoral for inviting Clinton or Bush to speak at a Jamboree. But Trump? Maybe they should have banned him.

And on the internet, where just-as-bad-ism reigns supreme, this failure means that the Scouts are every bit as culpable as Trump. The internet is a world where the truly moral among us know that All Bad Things Are Equally Bad. The Boy Scouts, and 40,000 children, are bad. So is Trump. Not much more detail is needed.