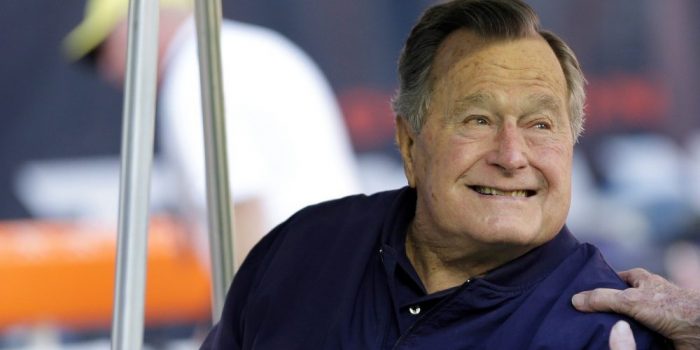 According to Kathleen Hartington Kennedy Townsend (a Kennedy), former president George H.W. Bush (a Bush) will be crossing the aisle to vote for Democratic presidential nominee Hillary Clinton (a Clinton) this November. It’s a political dynasty hat trick!

Townsend broke the big news on Facebook, because even the Kennedys have to get their likes. Bush’s camp has neither confirmed nor denied the report. 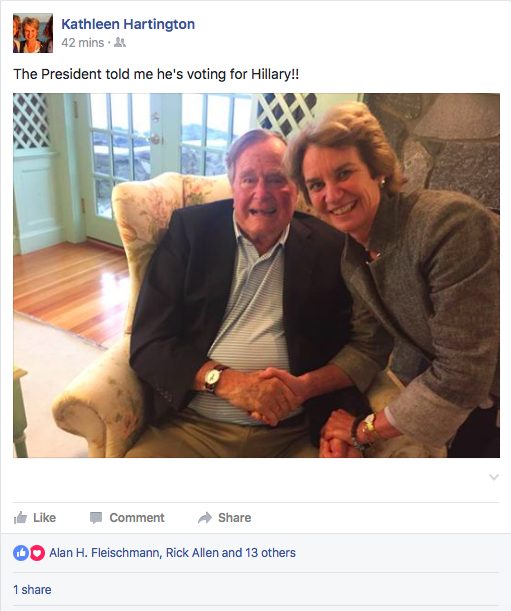 George H.W. Bush is, of course, the father of Uber driver and Donald Trump arch-nemesis Jeb “Jeb!” Bush. But the Bush clan has a history with the Clintons, too: the elder Bush lost his presidential re-election bid to Bill Clinton, and his son George W. Bush defeated Clinton’s veep, Al Gore, to take back the White House in 2000.

1 Comment on "Kennedy Says Bush is Voting for Clinton"