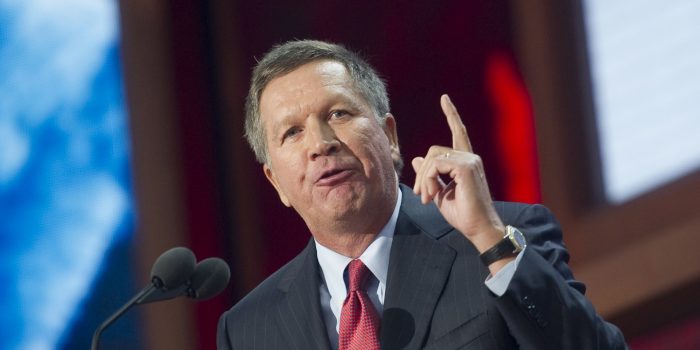 Fruit ninja John Kasich is no longer running for president, but his inner circle is still out here reminding everyone why your grandpa might finally vote Democrat this year.

Kasich is one of many prominent Republicans who still refuses to endorse Republican nominee Donald Trump. Now a close adviser has added insult to injury by issuing an official statement that trashes the party establishment, Trump, and the Republicans’ chances in November.

In the statement, Kasich adviser John Weaver responds to comments from RNC chairman and I-before-E flip-flopper Reince Priebus, who suggested that Kasich’s anti-Trump stance might lead the party to block Kasich from running for president again the future.

Politico reports that the statement was issued on Kasich’s official campaign letterhead – though, to be fair, they might just be trying to use it all up.