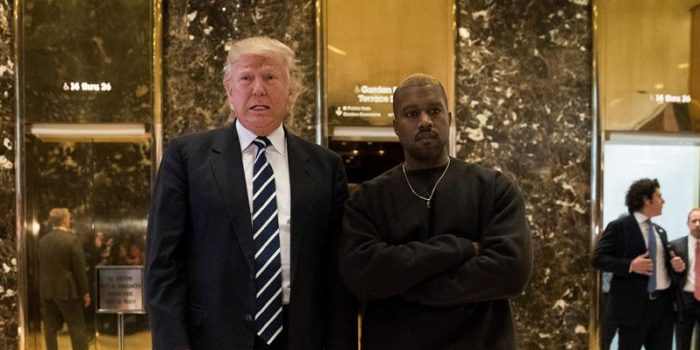 Where were you when Kanye West visited Trump Tower?

Ye showed up at Trump tower this morning and met with President-elect Donald Trump. The meeting lasted about fifteen minutes, and the pair later appeared in the lobby to chat with the press and bro-hug publicly. According to the President-elect, the two are “just friends.”

Pres.-elect Trump poses with Kanye West at Trump Tower; says he and West are “just friends, he’s a good man” and says they discussed “life.” pic.twitter.com/oSyXbXkxRY

Kanye West has had his differences with past presidents, but he and Trump seem to get along okay.

I’ll update this post when Kanye is named Secretary of the Interior.

Be the first to comment on "Kanye Visited Trump Tower"