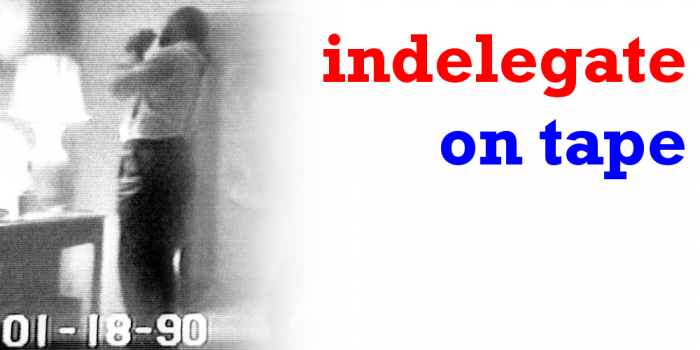 Welcome to Indelegate on Tape, in which we review our favorite political videos from years gone by. Today’s tape: the most famous political ad of all time.

The year is 1964. Lyndon B. Johnson has running for President as the incumbent. Running against Johnson is Barry Goldwater, a hardcore Republican so conservative that a young Hillary Clinton supported him. Goldwater’s hard-line policies had some voters scared that he was going to get us all blown up. Enter Johnson and his infamous “Daisy” ad, which only aired once but helped usher in a new era of ultra-savage attack ads. Roll the tape!

This has been Indelegate on Tape. Thank you for tuning in.

Be the first to comment on "Indelegate on Tape: Daisy Girl Gets Nuked"