President-elect Donald Trump’s transition team has had an interesting week. Since hiring controversial alt-righter Steve Bannon as Chief Adviser, Trump has purged his transition team of a Chris Christie loyalist or two and has reportedly hired noted racist Frank Gaffney as an adviser. Oh, boy!

Let’s start with the turnover in the team. One of NBC’s sources called the firings a “Stalinesque purge,” which sounds pretty exciting and terrifying. The headliner was former Michigan Congressman Mike Rogers, who resigned without warning. Rogers had the inside track for the job of CIA Director, but no more!

The exit of Rogers and other unnamed minor players is allegedly about getting rid of folks with ties to Chris Christie. The moves follow Christie’s demotion from head of the transition team to Vice-Chairman. The anti-Christie campaign allegedly has nothing to do with his Bridgegate scandal, and instead is all about his loyalty – Trump is supposedly all upset that Christie did not defend him more vocally on the campaign trail. But considering that Christie was one of the first big Republican figures to publicly back Trump, lack of loyalty is an odd charge. 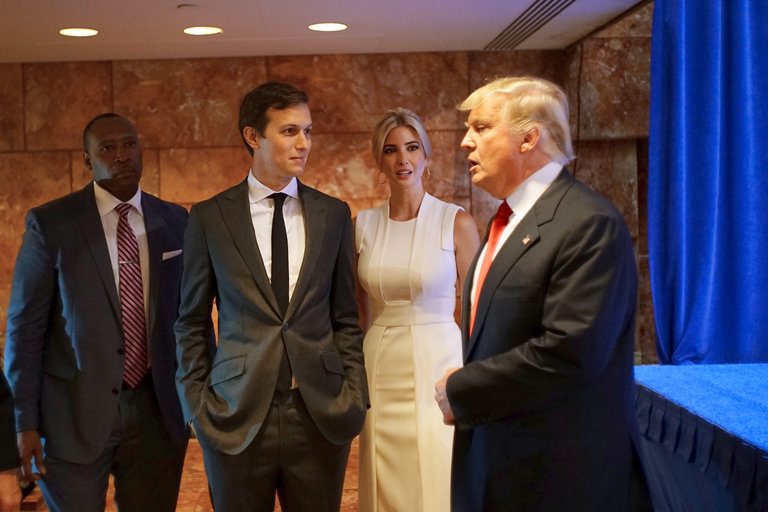 Donald Trump and daughter Ivanka hanging out with Ivanka’s husband Jared Kushner, who is not the black guy. Photo: Todd Heisler/New York Times

The real story may be about the rising influence of Trump’s son-in-law, Jared Kushner. Kushner, who is married to Ivanka Trump, is the son of real estate developer and noted felon Charles Kushner. The elder Kushner was sentenced to two years in federal prison for a laundry list of insanely criminal acts, including tax fraud and witness tampering. And when I say witness tampering, I mean that Kushner hired a prostitute to seduce his own brother-in-law because his brother-in-law was cooperating with federal authorities who were trying to put Kushner in jail. Kushner also made illegal campaign donations – to Democrats.

Anyway, this whole Kushner case was prosecuted by a bold, rotund U.S. Attorney named Christopher J. Christie. Hey, we know that guy! But it’s the felon’s son who is having the last laugh by pushing key Christie-related figures out of a presidential transition team. Sure, this seems perfectly normal. Let’s move on to the racist guy.

Who is Frank Gaffney? 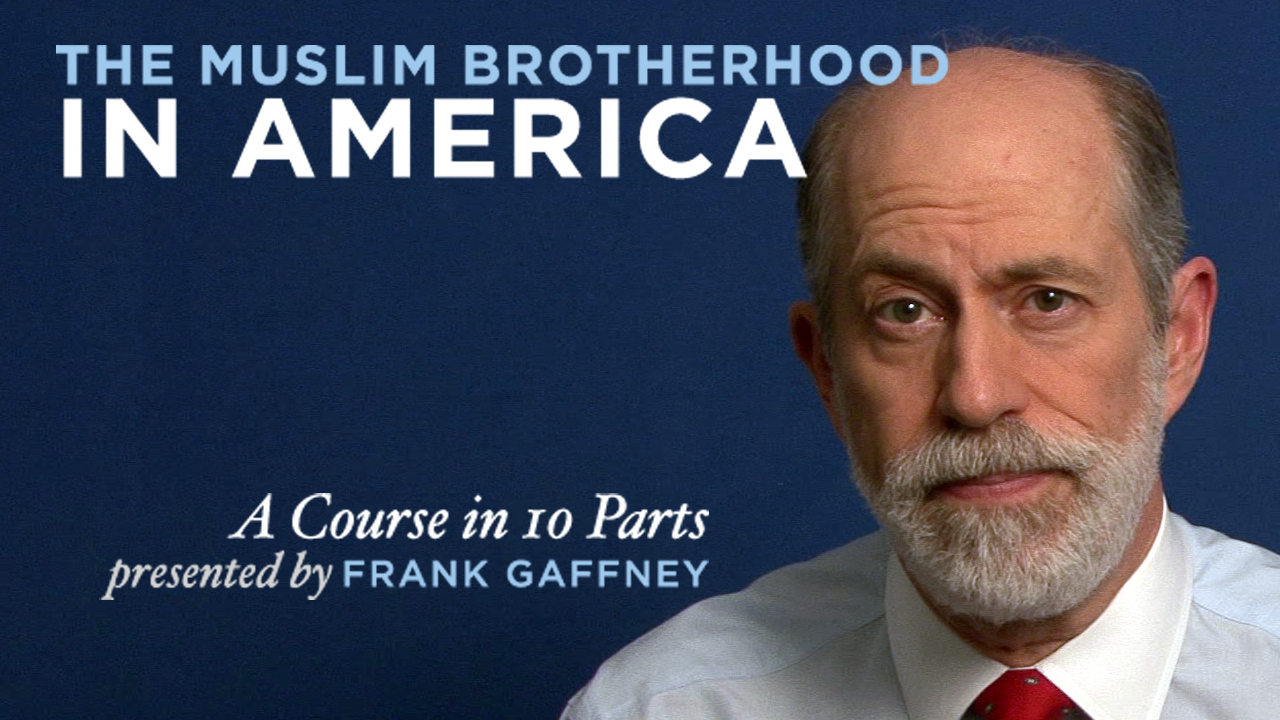 Frank Gaffney as pictured in an ad for a course that is, unfortunately, very real

According to The Wall Street Journal, Trump’s transition team has brought in Frank Gaffney to advise on national security issues. This is notable because Gaffney is pretty racist.

Gaffney had a career in the Reagan administration, and seemed fairly normal back then. But his post-government career as the head of a foreign policy think tank has raised some eyebrows. Specifically, Gaffney seems to really dislike Muslims.

Among other things, Gaffney is on record as believing at one time or another that President Obama was born outside the United States (to be fair, President-elect Trump is also on record as believing this); that President Obama is a secret Muslim; that “jihadists” voted for Obama and financially supported his campaign; that top Clinton aide Huma Abedin is connected to the Muslim Brotherhood; that Chris Christie was complicit in treason when he appointed a Muslim to the state judiciary; that Saddam Hussein was the real force behind the Oklahoma City bombing; and that a missile defense logo combined Obama’s campaign logo and a Muslim crescent. This is not an exhaustive list.

This is kind of a mess

Aside from the politics of the transition team members, the transition itself is looking pretty messy. Christie’s demotion was an embarrassment, and the “purge” seems to be ongoing, as sources are busy telling NBC that there’s a culture of sniping and backstabbing on the team. The Bannon and Gaffney hirings have led to a ton of bad press. The political beliefs of the team and Trump’s potential cabinet are all over the place – for instance, likely Secretary of State Rudy Guiliani believes President Obama should have been more forceful with Russia, while Trump is on record as favoring working with Russia and essentially backing out of Syria. And remember, less than a week ago Trump’s transition team didn’t know that it had to hire its own West Wing staff.

So how is Trump feeling about all of this?

Very organized process taking place as I decide on Cabinet and many other positions. I am the only one who knows who the finalists are!

Be the first to comment on "How’s That Transition Going, Donald?"