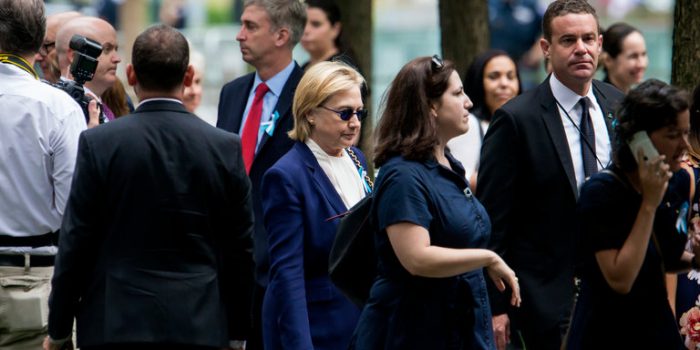 Are you ready for an Infowars Daily Double?

Democratic candidate Hillary Clinton attended a 9/11 memorial service near ground zero today, but she didn’t make it through the whole thing. Instead, she left after about an hour and a half. Her campaign later explained that she had become “overheated” and had left for her daughter’s nearby Manhattan apartment. It was humid and in the low 80s this morning in New York.

One memorial attendee captured a video of Clinton looking pretty unsteady on her way out of the event:

Clinton’s health has been subject of conspiracy theories for a while now, so the optics on this are… not great.

But you know who is having a great day? Infowars! 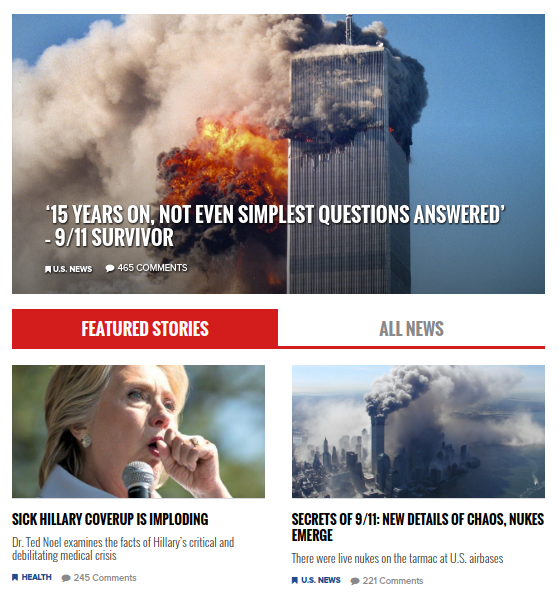