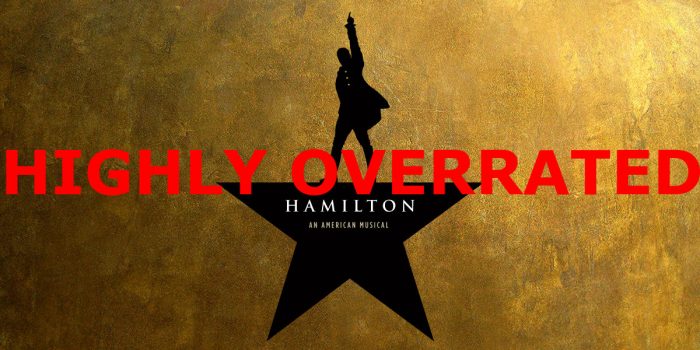 First, in case you somehow missed it, here’s Mike Pence getting shit on by a rowdy theater filled with rich and/or lucky Hamilton ticket-holders:

Here’s Pence getting booed as he gets to his seats at Hamilton pic.twitter.com/IRQG68x1sB

And here’s the cast addressing Pence directly after the show. Pence and his family had actually already left at this point, but the actors are such pros that you’d never even know:

Yes #MikePence was at @HamiltonMusical here’s what we had to say pic.twitter.com/YIjt7JZ3gF

Plenty of people had opinions on this. A few New York Times writers nearly choked on their Earl Grey when they heard. The folks over at not-Gawker want to remind you that you have a moral obligation to harass Mike Pence every time he leaves his house. But the most frightening bad opinion of all came from President-elect Donald Trump:

Our wonderful future V.P. Mike Pence was harassed last night at the theater by the cast of Hamilton, cameras blazing.This should not happen!

The Theater must always be a safe and special place.The cast of Hamilton was very rude last night to a very good man, Mike Pence. Apologize!

The cast and producers of Hamilton, which I hear is highly overrated, should immediately apologize to Mike Pence for their terrible behavior

It’s pretty unusual for a President-elect to use the bully pulpit to demand apologies from dissenting private citizens, by which I mean this never, ever happens. But wait, there’s more! Trump took a break from dissing Hamilton to get upset about Saturday Night Live, as well.

I watched parts of @nbcsnl Saturday Night Live last night. It is a totally one-sided, biased show – nothing funny at all. Equal time for us?

Some are speculating that Trump’s tweet storm is designed to distract the media from his Trump University lawsuit, which he just settled. But if Trump’s trying to avoid controversial news coverage, attacking private citizens for exercising their right to free speech is an interesting way to go about it.