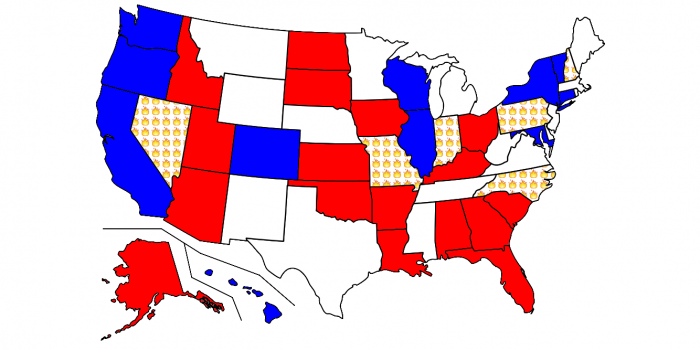 There are 34 Senate seats up for grabs in this election – technically. The reality, of course, is that most of those seats are safe. New York isn’t about to trade in Chuck Schumer for a Republican, any more than Idaho is going to swap Mike Crapo for a liberal. But there are close Senate races in 2016, and the few battles this cycle will decide who controls the Senate for at least two years.

About 28 races this year are boring junk. Here’s a quick list of 2016 Senate races that you have official Indelegate permission to completely ignore:

Bad races! In almost every case, these blowouts involve the incumbent or someone from the incumbent’s party winning. The exceptions are Illinois and Wisconsin, which are pretty safe bets to flip from R to D. Some of these races (like Florida and Kentucky) could get interesting, but we’ll trust CNN to let us know if they do. 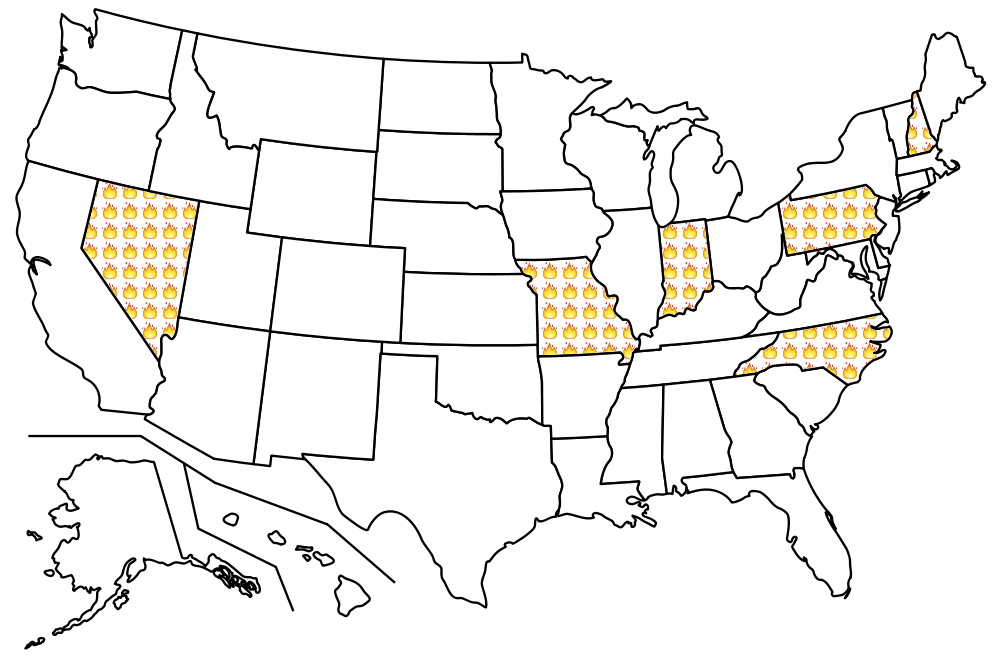 After scrapping all of those garbage races, there are six races left – and they matter a lot. Democrats have a 36-30 advantage in seats not up for election this year, and Republicans lead the “safe” races above 17-11. Assuming that holds, that means we’re at 47 Republicans and 47 Democrats with six races to go. Here are those six races:

The last time Republican Dan Coats chose not to seek re-election in Indiana, he was succeeded by Evan Bayh. It’s looking like that might happen again. Bayh is a big name (he served as governor and once held this very seat – interestingly, Bayh won it when Coats didn’t run for re-election, then Coats ran again when Bayh didn’t seek re-election, and now Bayh is running again because Coats is once again not seeing re-election). Bayh is the favorite here, but the odds change daily in this very competitive race.

In Missouri, as in Indiana, the Republican party is in danger of losing a seat. This is an interesting race, though, as it’s not necessarily a “Trump ruins everything for the Republicans” story. Trump will likely win Missouri, but Democrat Jason Kander has been able to harness a lot of what has made Trump successful. He’s running to the right of the Democrats’ national platform and even busted out an ad showing himself assembling an AR-15 – blindfolded. Kander has painted Blunt as an insider, and it’s a bad year to be one of those. All of this has put Blunt’s seat in danger, though he’s still more likely to hold onto than not.

That’s seriously an all-time great ad. Every politician should do this. I want to see Zephyr Teachout put together a Sig Sauer MCX.

This is Harry Reid’s old seat, but Harry Reid isn’t running – he’s retiring at the end of his current term. The open race here is one of the most competitive in the nation. Nevada is very likely to go blue in the presidential race, and a good turnout could help Masto hold onto Reid’s seat for the Dems. The Dems are also helped here by Trump’s hapless campaign, which has given top Democrats more time to stump for Senate candidates in competitive states like this one. By the way, of the close Senate races this year, this is the only one involving a current Dem seat.

If you’re looking for a race where Donald Trump is messing things up for a downballot Republican, look no further. It sure looks like Trump is going to cost Ayotte her seat. Ayotte supported Trump early on and even once called him a “role model” in response to a debate question. She backed off that just hours later, but the statement has continued to haunt her – as has her Trump endorsement, which she finally rescinded after video surfaced of Trump bragging about sexual assault. This is a close race, but it looks slightly better for Hassan than for Ayotte.

Richard Burr has served two terms in the Senate, but he may not be around for a third. He’s in a serious jam in North Carolina. This is a battleground state, which means that top party representatives turn out in force for campaign events. That, in turn, means that Democrat Deborah Ross gets President Obama (who is quite popular for an outgoing president) while Burr is stuck with divisive candidate Donald Trump and Governor Pat McCrory (who has become synonymous with his costly defense of HB2). The landscape of this race slightly favors Burr at the moment, but he can’t afford much more movement.

Both The Upshot and FiveThirtyEight peg Pennsylvania as the single tightest Senate race this year, and with good reason. Pennsylvania is going to be the biggest battleground of the 2016 election. That may not end up mattering much to Trump or Clinton if the race is as noncompetitive as it appears right now, but it could matter a lot to Republican incumbent Pat Toomey and his challenger, environmentalist Democrat Katie McGinty. Like his fellow vulnerable Rs, Toomey is dealing with a lot of questions about Donald Trump. But Toomey is taking a pretty unique strategy: he’s refusing to say whether or not he’ll vote for Trump. That makes him unique among hot-seat Republicans. We’ll find out how smart that is on November 8.