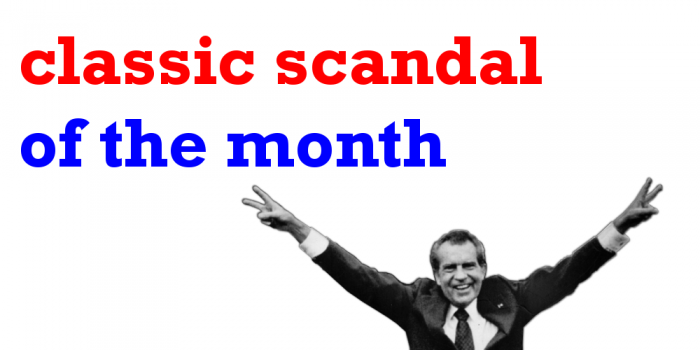 On the first Thursday of every month, we throw it back to a classic political scandal. Today: let’s imagine Grover Cleveland having sex.

The scandalized: Pretty much just Grover Cleveland, and even him a little less than you would think.

The short version: You know Grover Cleveland as our 22nd and 24th president, the only man to be elected twice to non-consecutive presidential terms. But did you know that he fathered an illegitimate child? He did! This was a big deal at the time.

The New Jersey-born Cleveland made his political start in New York State. While serving as Sheriff of Erie County in Western New York, he struck up an relationship with a widow named Maria Crofts Halpin. Halpin had a child during this period, and Cleveland supported her and the baby.

While Halpin’s husband was safely deceased and Cleveland was not married, this was not the best look in 1874 – or in 1884, when Cleveland first ran for president and the whole secret Buffalo baby issue came up.

Halpin herself was super not cool about everything, and produced an “affidavit” that Cleveland’s Republican opponents spread. In the affidavit, Halpin describes her life as “pure and spotless” before meeting Cleveland and being saddled with the kid.

It was a rough campaign. Check this out: 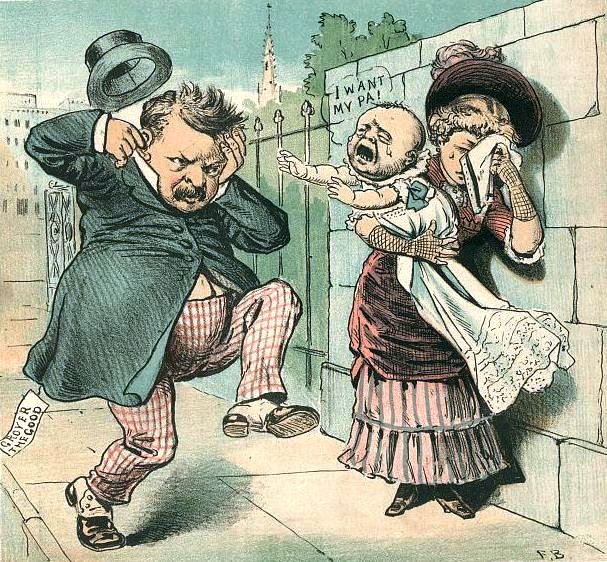 Crowds along the campaign trail wouldn’t let Cleveland forget it, either. They frequently chanted:

Off to the White House, ha, ha, ha

Which is brilliant and the primary reason that I’m covering this today. Anyway, Cleveland won the election despite all of this, plus another one before he was through.

Scandal level: 4/10. While great in their era, old-time scandals just don’t measure up to the elite scandals of today.

Classic Scandal of the Month: The Petticoat Affair

Be the first to comment on "Classic Scandal of the Month: Grover Cleveland’s Secret Love Child"