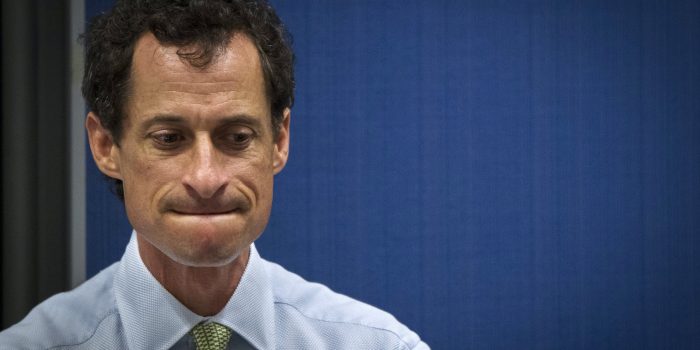 Anthony Weiner has been accused of sexting a 15-year-old girl, which is something that not even his name can make funny.

The UK’s Daily Mail reports that Weiner had an online relationship with a North Carolina high schoolers for “months.” Weiner sent shirtless photos of himself and texted lewd messages to the girl, who was 15 years old and a sophomore in high school at the time. According to the girl and her father, Weiner was well aware that his sexting buddy was underage.

This new scandal comes fresh on the heels of Weiner’s last one. Weiner resumed his customary place on the cover of the New York Post last month when he was busted for extramarital sexting for a third time. That scandal included revelations that Weiner had taken sexy photos with his young son in the room. The August scandal also led Weiner’s wife, powerful Hillary Clinton aide Huma Abedin, to leave him. 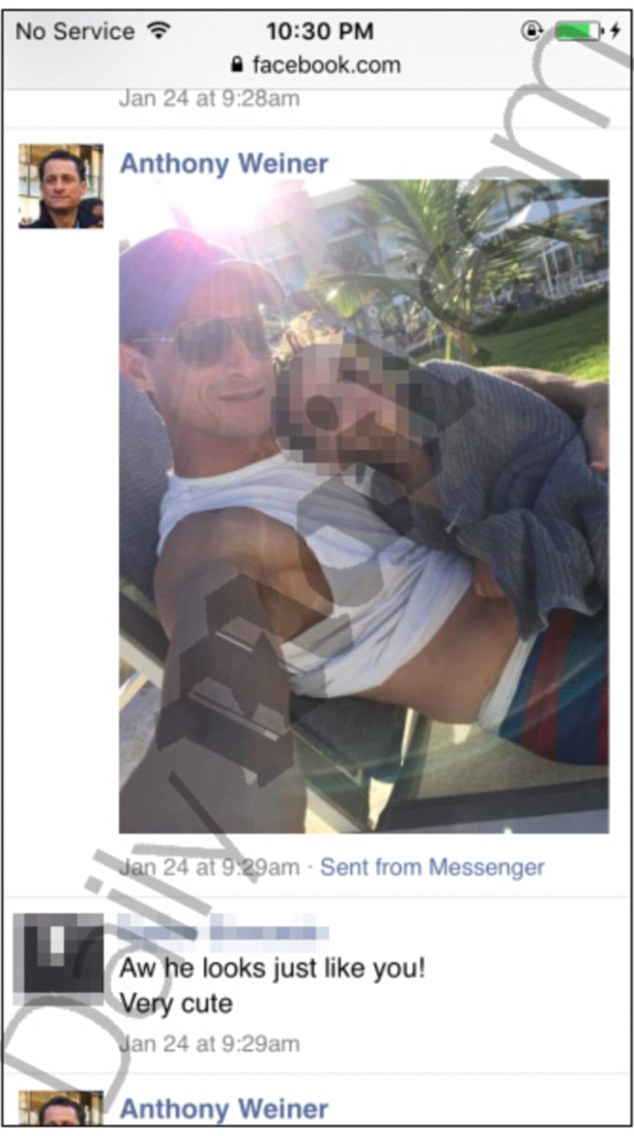 The Daily Mail isn’t the worlds most respected paper on the planet, but it has plenty of evidence to go with its story. Screenshots abound, including the one above of Weiner showing a little tummy while accessorizing with a Mets hat and – oh, God, it’s his son again.

If the Daily Mail has its facts straight, Weiner could face charges.