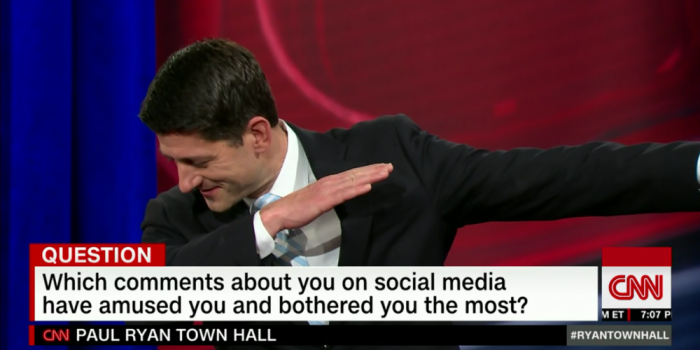 Last night, according to the internet, we lost a cultural institution.

It all started at a CNN town hall, when host Jake Tapper asked Paul Ryan if any barbs on Twitter or Facebook really upset him. “I don’t really pay attention to it,” Ryan said of social media – which, when you think about it, is probably for the best. You’re going to want to stay off of Twitter, in particular, Paul.

But Ryan did seem to be bothered by one accusation levied on social media. “I actually do know what a dab is, for the record,” he said. And then he dabbed. “It’s this, you know.”

It is this! We do know! Very reasonable dabbing demonstration.

Ryan was referencing this viral photo, by the way: 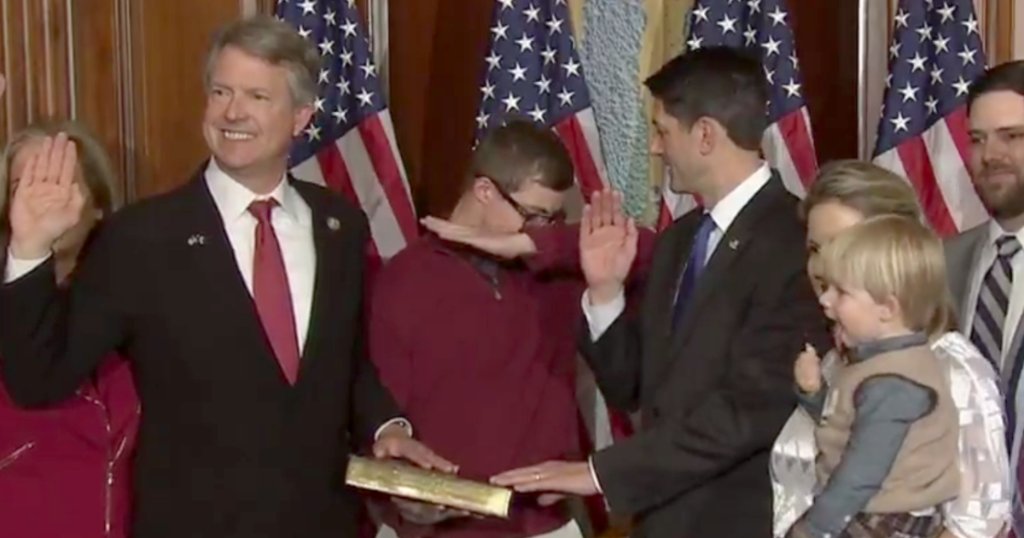 …which, Ryan argued convincingly and coherently, does not depict a dab. “I thought he was sneezing,” Ryan explained. That kid was not sneezing, of course. Paul Ryan was just torching some scrub teenager’s dabbing technique.

On a side note, I’m pretty sure that’s Jeb Bush’s sweater.

The internet does not like Paul Ryan, so they’ve promptly declared the death of the dab – and accused Paul Ryan of killing it off.

Well, we had a good run.

But that’s some FAKE NEWS, friends. Watch that video again and try to tell me that Paul Ryan does not have a pretty clear idea of what a dab is or is not. What’s more, Ryan is not really “doing” the dab, he’s demonstrating it. The dab is not a secret handshake or something. It’s okay that Ryan knows what a dab is. Good, even! And until he does it in Congress to celebrate taking away millions of people’s healthcare coverage, he has not “killed” the dab.

Paul Ryan should be commended for his firm grasp of what does and does not constitute dabbing.

Here Are (Some of) Your New Congressional Leaders

Be the first to comment on "Actually, Paul Ryan’s dab is fine"