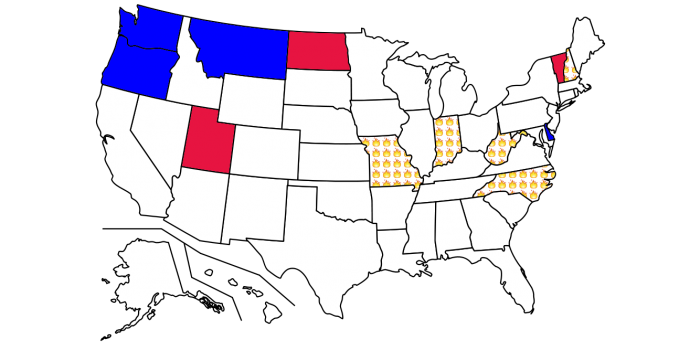 There are 12 governorships up for grabs this election, but about half of those races are trash. Are you ready to hear about the awesome half? Great, let’s do this.

First, let’s get the trash races out of the way.

*I know, I know, but gubernatorial races are weird. 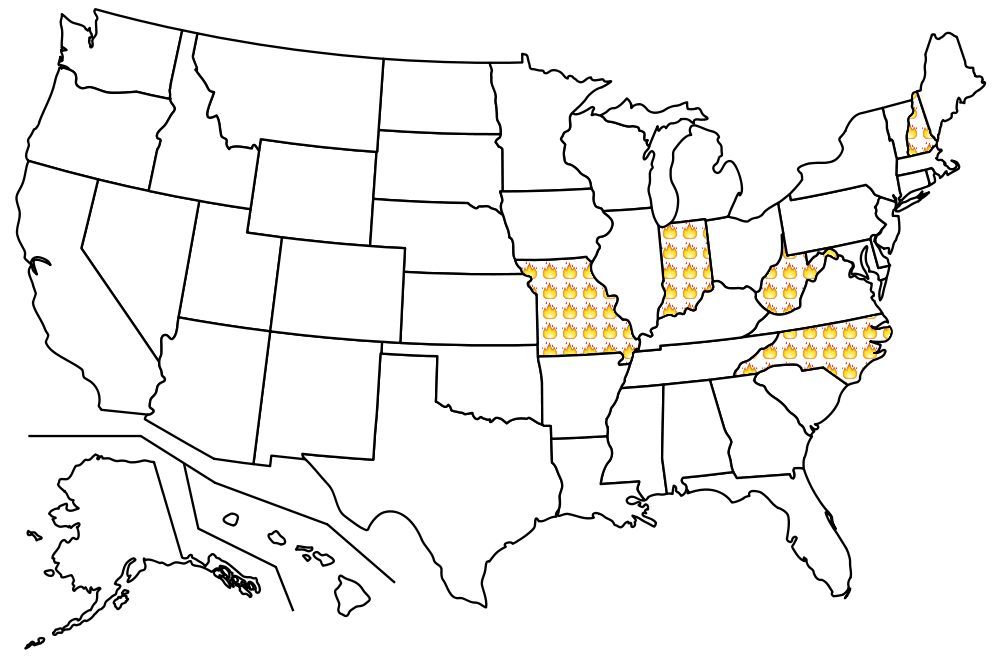 Holcolmb, Indiana’s current Lt. Governor, was kind of thrust into this race when his boss Mike Pence joined the GOP presidential ticket. Now Holcomb is in the race of his life against Greggggg, who is back in the game after losing to Pence in 2012. Holcomb looked cooked for much of this race, but it suddenly seems like he’s going to pull it out. This thing is a dead heat, but Holcomb has a form of incumbency, and Indiana is a red state. Turnout could make the difference.

Missouri’s race is open thanks to term limits that keep Dem Jay Nixon from running again. Koster, a former Republican, is the type of pro-gun Democrat that can survive in a red state like Missouri. Koster has been in the lead for the most part here, but Greitens is surging at the finish line, making this one a fun case of momentum vs. fundamentals.

Democratic incumbent Maggie Hassan is running for Senate this year, leaving the door open for the best cool name matchup on the ballot this year. And much like Hassan’s Senate race, this one is a goddamn barnburner. Van Ostern is running with the incumbent party, but Sununununununu hails from one of New Hampshire’s most important political families and is rising a pro-Trump surge in the state that gives him a slight advantage headed into election day.

THE BATTLE OF THE BATHROOM! Pat McCrory has spent the past year or so dealing with the fallout from HB2, the controversial measure that restricts bathroom use by birth gender and has sent major organizations fleeing from the state. North Carolina is a presidential battleground state, too, so there’s a lot of boots on the ground here. In a year with many mainstream Republicans sitting out the campaign season, that’s likely to help Cooper – who also has more money that McCrory. McCrory is quite vulnerable here, but this one could go either way.

Jim Justice is a rich oil exec with a cartoon sherriff’s name. He’s running to replace term-limited Dem Earl Ray Tomblin, who is a Governor with an assassin’s name. West Virginia politics are weird: Hillary is going to get annihilated in the state, but the Rs haven’t had the governorship in 16 years and are no lock to win it this year. In fact, Justice has led in the polls pretty much the entire time and seems like the slightly better bet to pull this one out.

Still on the toilet? Not ready to put your phone away? Here’s our guide to 2016’s close Senate elections.

Oh Man, Check Out the NC GOP’s Response to the NCAA

Be the first to comment on "2016’s Close Governors’ Races: An Indelegate Guide"